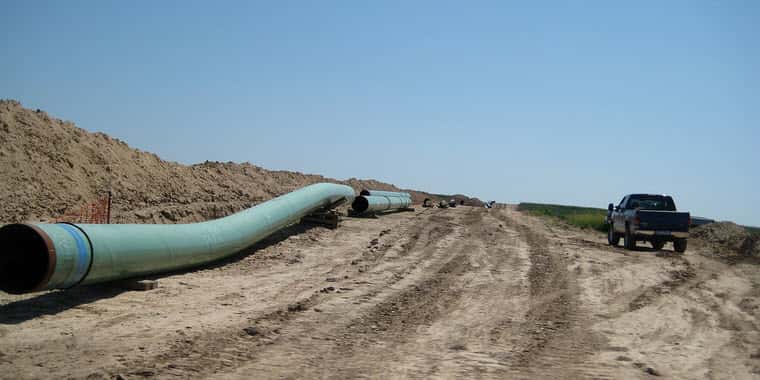 Ag Groups Join in the Fight Over the Dakota Access Pipeline

Agricultural groups from North and South Dakota have stepped in to the ring over the fight for the Dakota Access Pipeline (DAPL). The groups say that shutting down the DAPL would have devastating consequences for farmers and ranchers.

A federal district court ordered the pipeline closed as a result of permitting issues with the construction on the line. However, the U.S. Court of Appeals rule the line could remain open pending an appeal. The court previously ordered the line closed and emptied by August.

According to the groups, railroads transport 72% to 82% of North Dakota’s crop output. “The total amount of crop rail shipments has vastly increased in recent history,” the brief said. “Overall agricultural shipments by rail doubled between 2000 and 2014. The court should grant a stay because the DAPL shutdown would cause disruptive consequences to the agricultural industry.”

The ag groups argue if the pipeline is no longer in operation, “the crude oil currently transported by DAPL would need to be shipped through alternate means. As the North Dakota Department of Transportation explained in its 2040 North Dakota State Rail Plan, there is a direct correlation between pipeline capacity and rail shipments of crude oil.

“As pipeline capacity increases, crude oil shipments by rail generally decline, since pipelines are a less expensive option for moving oil. Conversely, when pipeline capacity decreases, there would be a corresponding increase in the need for rail service to transport crude oil.

“Under these circumstances, a sudden shutdown of DAPL would drastically decrease the available pipeline capacity, thereby increasing the demand on rail service for transporting oil. Many farmers view pipelines such as DAPL as the long-term solution to ease rail congestion for the agriculture industry, and a shutdown of an active pipeline would give rise to the very problems the pipeline was meant to address.”

A number of other economic and industry groups have filed similar briefs with the court. That includes the North Dakota Water Users Association, the American Petroleum Institute and the Western Dakota Energy Association.

“Ultimately, the agriculture industry is already facing challenging times because of the current low crop prices,” the ag groups argue. “A DAPL shutdown would worsen the outlook for farmers, because it is likely to increase the costs of transporting grain due to the enhanced demand it would place on rail service.”