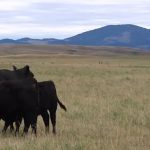 The following was originally printed in the Montana Stockgrowers Association Newsletter

Recently, the American Prairie Reserve (APR) joined MSGA as an Allied Industry member.  APR utilized our online e-commerce system via the website to join. MSGA’s e-commerce system is designed much like every other membership organization, that as you sign up and pay electronically, you are automatically a member.

As a result, the MSGA Executive committee took prompt action and sent APR a letter in response to their membership.  In the letter from our President Fred Wacker, he relayed that MSGA has extensive policy that stands in opposition to APR’s mission, along with APR’s bison management plan. He also stated our association will continue those efforts.

After additional discussions, the MSGA Executive Committee took further action and voted to rescind the allied membership of the American Prairie Reserve. President Fred Wacker sent a letter informing the APR that our organizations have conflicting policies and missions and therefore we will be refunding their membership dues.

MSGA’s goal is to keep our membership informed and to let you know that quick actions were taken to address this issue.  MSGA will continue to have a membership composed of those actively involved in the production of livestock, supporters of the livestock industry,  and those interested in the purposes for which MSGA was formed.