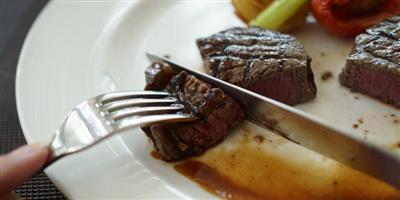 In 2017, unexpectedly strong domestic and international beef demand provided extra support for cattle and beef prices in the face of growing beef supplies. To some extent that has continued in 2018, though not as pronounced as a year ago. After holding quite firm through May, boxed beef prices were under pressure into mid-June with Choice boxed beef price dropping about $5/cwt. last week. Large beef supplies are weighing on markets and the challenge may grow moving into the summer doldrums between July 4 and Labor Day. However, relative fed cattle supplies are expected to tighten in the third quarter.

Fed cattle prices have declined seasonally but are holding generally better than expected. Remember in early April when June Live Cattle futures dropped under $100/cwt. and have since traded as high as $110/cwt. and now are trading about $108. Of course, June isn’t over and the next couple of weeks could have a big impact on commodity markets as the reality of a trade war settles on markets. Feeder cattle prices have declined seasonally from spring peaks but have remained quite robust thus far.

There are a variety of supply and demand factors to watch in the second half of the year. Beef production will be determined by slaughter rates but even more by carcass weights moving forward. Drought conditions do not appear to be causing significant herd liquidation at this time but the threat is still there. Further slowing of heifer retention and herd growth (in part due to drought conditions) continues to add to female slaughter and could continue through the end of the year.

The uncertainty, volatility and reality of a trade war will likely have greater negative impacts on beef and other markets in the second half of the year. Beef trade in early 2018 has been very supportive to cattle and beef markets but this could change going forward. Beef markets may be directly impacted in terms of exports but significant, if not bigger, impacts may be the indirect result, for example, of reduced pork exports and increased domestic supplies of competing meats. A multitude of markets are likely to be impacted and impacts will pulse through markets in a complex set of primary and secondary effects and more. The net effect is difficult to sort out though there is no doubt it is negative.