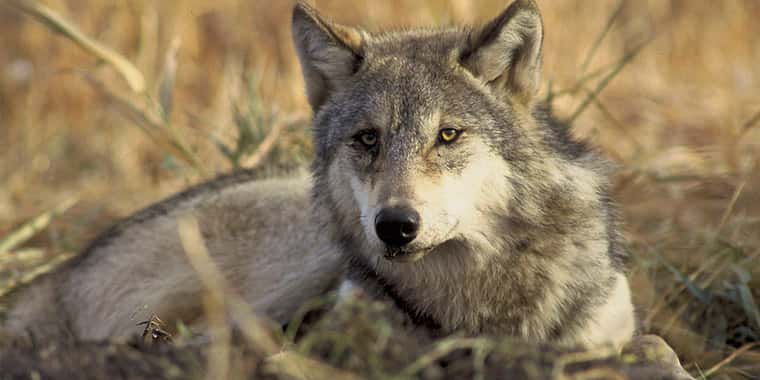 The Biden administration is expected to revise or rescind several regulatory changes to the Endangered Species Act finalized by the Trump administration, two federal agencies announced on Friday.

The Biden administration announced a number of proposals in response to an executive order.

“The set of proposed actions follows Executive Order 13990, which directed all federal agencies to review and address agency actions during the last four years that conflict with Biden-Harris administration objectives, such as addressing climate change,” the U.S. Fish and Wildlife Service and the National Marine Fisheries Service said in a news release.

In August 2019, the Trump administration finalized three rules. Most notably, the USFWS removed its blanket rule in the ESA that automatically grants the same protections for threatened species that are available for endangered species.

The final rules did not affect protections for species currently listed as threatened but instead receive protections tailored to species’ individual conservation needs.

Farmers and ranchers across the country face challenges in managing their land when critical habitats are present.

By most accounts, the Endangered Species Act hasn’t done the job it set out to do in 1973 and has recovered only a few endangered species.

In the announcement on Friday, the two federal agencies said they are rescinding Trump regulations on the process for considering exclusions from critical habitat designations among other changes.

The agencies said they intend to revise a final rule from Aug. 27, 2019, to draw back on a business-friendly Trump administration rule that requires possible economic effects or other issues when designating critical habitat.

Other proposed changes include reinstating protections for species listed as threatened in the ESA. “FWS will propose to reinstate its ‘blanket 4(d) rule,’ which was withdrawn by the previous administration,” the agencies said in a news release.

“Each of these recommended actions will undergo a rigorous and transparent rulemaking process, including publication of a proposed rule in the Federal Register, a public-comment period and coordination with federally recognized tribes before being finalized,” the agencies said.

At the end of last week, the Biden administration proposed the re-listing of the lesser prairie chicken in the Endangered Species Act.

The changes made by the Trump administration largely were supported by agriculture groups. The American Farm Bureau Federation, for example, said at the time the Trump changes would aid in species recovery while easing the burden on farmers and ranchers. Environmental groups were unified in opposition to the Trump changes.

At the start of 2017, 14 states asked the Trump administration to repeal two new Endangered Species Act rules they say were costly to farmers and ranchers in their states.

In November 2017, 18 states including Alabama, sued the National Marine Fisheries Service, the U.S. Fish and Wildlife Service, and the secretaries of the Interior and Commerce, to challenge the rules.

The Public Lands Council expressed disappointment with the Biden Administration’s plans to roll back the recent revisions to the ESA. PLC commented on the announcement that, “Ranchers are the original conservationists and are dedicated to recovery and conservation, which is why we’re disappointed to see the Biden administration taking these steps. These changes would represent a significant step backward in clarifications of the ESA that have been achieved over the past several years, and PLC will continue to work to ensure that ESA recognizes the contributions of ranchers and voluntary conservation while being a clear and predictable regulatory mechanism.”

PLC expects the Services to move forward with these rulemakings in the coming months. While not unexpected, they say this announcement demonstrates a significant step backward in implementation of ESA and the improved clarity achieved under the last administration.

The Public Lands Council says that they will continue to be push for a clear, targeted ESA that both recognizes the important work of ranchers and moves away from the perpetual regulatory burden that it has become over the last several decades.