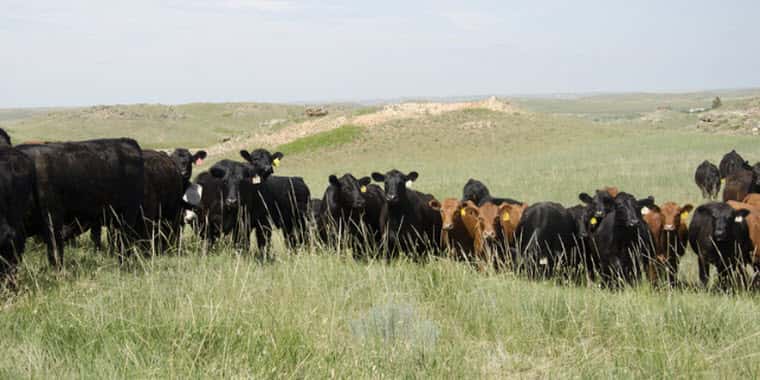 President Joe Biden announced that the United States and European Union committed to a global pledge to reduce methane emissions by 30% by the year 2030.

In response to the announcement, the National Cattlemen’s Beef Association (NCBA) urged the Biden administration to maintain an open dialogue with experts in agriculture. To achieve this goal, NCBA says the administration will need the voluntary participation, scientific research and practical knowledge of U.S. cattle producers.

Last month, NCBA announced that the U.S. cattle industry will be working to demonstrate climate neutrality by 2040.

“We are proud of the U.S. cattle industry’s track record of continual innovation to improve environmental outcomes, and we are committed to writing the next chapter in that history of stewardship with the voluntary, industry-led goal of demonstrating climate neutrality by 2040,” said NCBA Vice President of Government Affairs Ethan Lane. “We’ve engaged with the Biden administration since day one to ensure the U.S. cattle industry is recognized for our strong record of environmental stewardship and that our voice, and our priorities, are heard loud and clear. The administration cannot accomplish lasting conservation without the buy-in of cattle producers.”

Cattle emit methane when they digest their food. This happens due to the cow’s specialized ruminant digestive system, which allows cattle to consume grasses which grow on marginal land that would be otherwise unusable for growing food. The gas breaks down in the atmosphere in 9-12 years, is sequestered in soil and grasses, and then consumed by ruminant animals as part of a natural grazing cycle.

In recent years, GWP100 — the default method for calculating greenhouse gas emissions — has come under criticism in the global scientific community for failing to accurately account for the impact of short-lived emissions like methane. GWP* is gaining support among scientists as a more appropriate measure of methane’s actual effect on the climate.

NCBA has long advocated for the use of the most up-to-date science and data as the foundation of federal climate policy. As the GWP* methodology is adopted around the globe, NCBA supports the United States’ adaptation of its policy to reflect the best available science. The administration has not announced any policies or directives to restrict beef consumption in the United States.