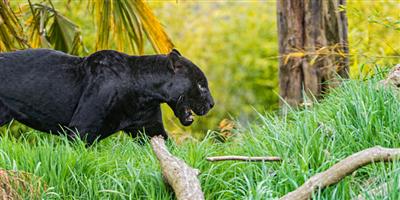 Breeding Cattle to Stand Their Ground Against Big Cat Predators

Panthera, a charity that manages “corridors” for jaguars that stretch from Argentina to Mexico, guesses that just 5,000 of the cats are left in llanos, Colombia’s scorching savannah. It has come up with a less violent way of protecting both the jaguars and the cattle.

The idea is to teach cattle self-defence, or rather to breed the instinct into them.

Panthera’s idea is to replace panicky Zebu breed of cattle raised by many of the local ranchers, a with cattle breed that stand their ground, or to interbreed the two. Esteban Payán, who directs Panthera’s operations in northern South America, chose San , a little-known subspecies of Criollo cattle descended from Spanish fighting bulls. Few jaguars dare to challenge a massed group of 500kg (1,100-pound) San , their horns leveled.  Although docile with humans, these cattle are fierce defenders of territory and young.

The breeding program appears to have some potential although not many local ranchers have bought in just yet.  No jaguars have attacked cattle on Las Pampas, ranch that uses the San  cattle, since the program began, he says. Zebu-only ranches in the area suffer a dozen attacks a year.

Source:  The Genetic Literacy Program and the Economist