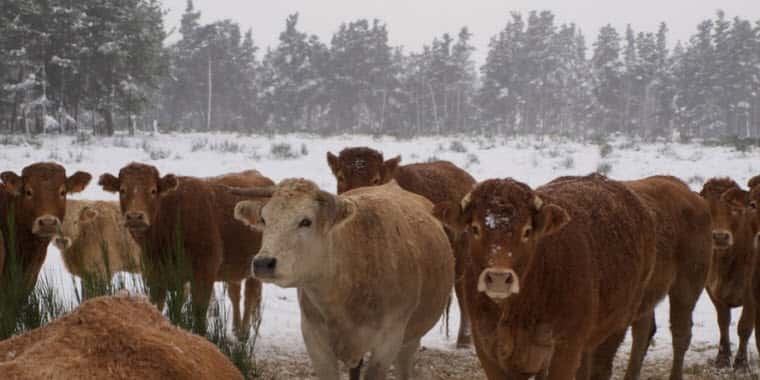 Canada recently reported a case of atypical bovine spongiform encephalopathy in an eight-year-old beef cow on a farm in Alberta. The Canadian Food Inspection Agency notified the World Organization for Animal Health of the case.

Canada says the detection and reporting of an atypical BSE case will not affect the OIE negligible risk status of Canada, and market access for Canadian animals and beef products should be unaffected. However, South Korea, the fourth-largest beef importer in the world, suspended imports of Canadian beef and is seeking more information before lifting the suspension, according to Reuters.

The case is atypical, meaning that it is a form of BSE that can occur naturally in older cattle, as opposed to classical BSE, caused by an animal eating contaminated feed. The cow was euthanized and did not enter the food system. The Canadian Government reports it is working with the beef industry to maintain the confidence of international trading partners.

Given the time of the year, the occurrence of BSE in Canada recalls the case from 2003 when a cow with a classical case of BSE was found, greatly disrupting exports from both Canada and the U.S.

Earlier this year Canada said the OIE had improved the country’s international risk status for mad cow disease, potentially opening new export markets. Canada’s previous most recent confirmed case had been in 2015, in a cow born in 2009. The agency said it was keeping in place measures to prevent cattle tissues capable of transmitting BSE from getting into the food system.

The cattle industry has been especially focused on BSE this year as numerous atypical cases have been reported across the globe. Two cases in Brazil have received increased scrutiny after it was revealed that Brazil waited two months to report the cases. The OIE requires countries to report the cases 24 hours after detection. Since then, numerous cattle industry groups and lawmakers have called for a suspension of Brazilian beef imports into the U.S.

If anyone honestly thinks it’s “spontaneous” and not transmittable, they should prove it by eating it themselves. We see genetic resistance for different diseases in different species. RR may protect sheep against scrapie and many cows may have a gene that prevent them from being infected by CWD, while other’s don’t. But nothing is “spontaneous”