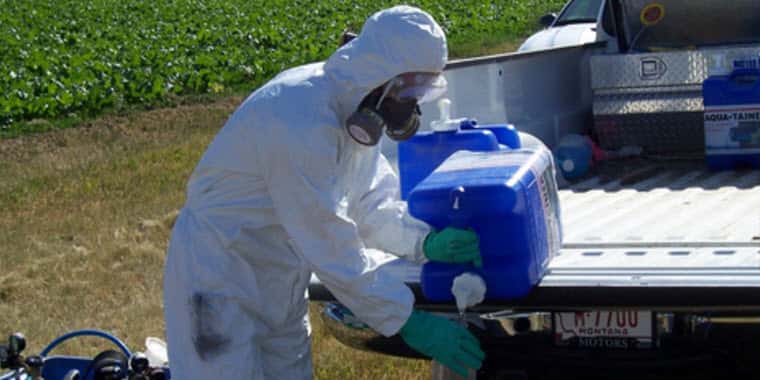 The comment period for the significant changes being proposed by the EPA for the private pesticide applicator license will end on Friday, January 22.  Steve Lackman, a Agriculture Extension Agent for Yellowstone county spoke with Northern Ag Network about his concerns regarding the impacts some of these changes and why it was important for people being affected by these changes to submit comments.

“I think farmers may be affected by these changes and they need to know what those changes involve.  Some of the changes that the EPA is thinking about making are going to make the private pesticide applicator license similar to a commercial license, ” said Lackman.

Among the many proposed changes, Lackman feels there are three that really stick out as potentially having a significant impact on farmers.

The other proposed change that Lackman considered significant is that the certification testing would be changed from open book testing to a mandatory closed book testing.  There are several options available for a person to get a private pesticide applicator license.  One option is to attend an all day class called an initial training and take a quiz at the end of the class.  Another option is to go to an extension office and take a test.  Right now, study materials purchased from the extension office can be used during the test.  “If that proposal goes through, you wouldn't be able to use your study materials to take your test.” he said.

Lackman also noted “Another thing that is going to change is the amount of training that a person with a license will have to give to people on the farm who are applying the pesticides.  The training is going to have to happen once a year to their hired help or people working for them and this training will also have to be documented.”

Lackman felt it was very important for people to read through and understand how proposed changes.  “It may have an effect on how people run their operations, whether they want to continue doing pesticide application themselves or have it done by a commercial applicator.  I urge people to read through these proposals and decide for themselves.” he said.

“People can always call the extension service if they have any questions or if they need some help walking through the EPA website.” he offered.

CLICK HERE to view a complete comparison of the current rule vs. the proposed changes

Instructions on commenting are available at www.regulations.gov, under docket ID # EPA-HQ-OPP-2011-0183.