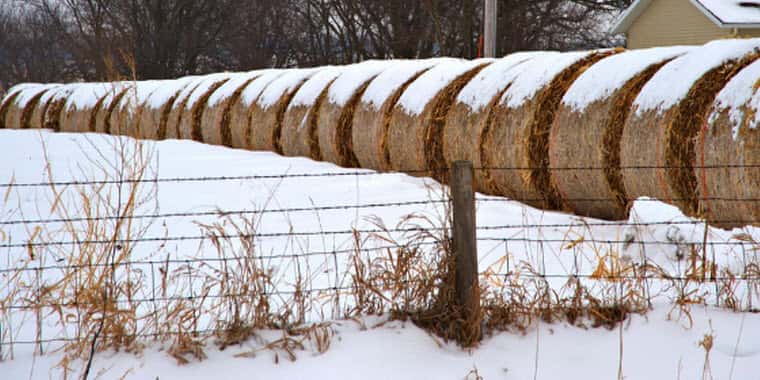 Not having to deal with frozen bale twine or plastic wrap would be a dream come true for those who've even been involved in feeding livestock, particularly during the winter.

Three chemistry PhD students at Imperial College in London have invented a bale wrap that’s not only edible, but could also be used to provide nutrient supplements to animals eating it.

The trio came up with the idea after one team member, who grew up on a farm in Rutland, noticed his parent’s beef herd was creating a lot of wrapping waste and one cow even died after eating the plastic wrapping.

But don’t put that pocket knife away just yet.  The product is estimated to be three to five years away from becoming commercially available to farmers.

“Snow Topped Round Bales” (CC BY 2.0) by  cwwycoff1
previous post