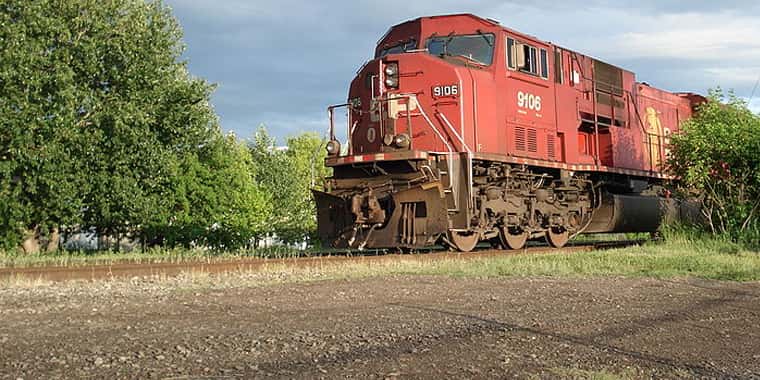 Fall Harvest Could Be “Complete Disaster”

OMAHA (DTN) — Uncertainty surrounding rail car deliveries to grain elevators in the upper Midwest could turn the fall harvest into a “disaster,” according to one South Dakota elevator manager.

In a letter written by Tim Luken, manager of Oahe Grain in Onida, S.D., and presented at the Surface Transportation Board's recent rail hearing, Luken stated, “I have sold very little small grain into the market due to not knowing when I will be receiving cars to ship out in a timely manner. The farmers are full, the grain elevators are full and this fall harvest will be a complete disaster.”

Luken sent a copy of the letter to DTN. In it, he talked about how late the Canadian Pacific is and has been, and the frustrations and money lost by both producers and elevators. “Rail issues started last year in September/October with the Canadian Pacific, about the time oil trains were being shipped from North Dakota off the Bakken oil fields. Cars we ordered were not fulfilled, and it caused elevators from shipping grain that needed to be delivered on contract. I am still shipping contracted spring wheat, winter wheat and corn that was contracted months ago. As of Sept. 5, I am 257 cars behind, and the contract date I am working on is the second week in June.”

Luken added, “This year South Dakota will probably see the biggest grain production the state has ever seen. I have traveled all around the state and have not seen one grain deficit area anywhere. Even west of the Missouri River, crops look outstanding. This part of the state is not known for high production. This year will be an exception. With this being said, we should see near-record grain volumes handled no matter where you are in the state. Instead, it will probably be the lowest amount of grain handle that elevators will have due to the rail problems we have today.”

Oahe Grain, located on the CP served RRCPE railroad in Onida, S.D., handles 9 million to 15 million bushels of grain each year. Luken said in his letter, “I can see this year of being a disaster with less bushels handled due to the low volume of rail cars delivered to our facility. This will also affect our bottom line of profitability; all due to poor rail service.”

“I found it quite interesting that the CP delegate at the STB hearing in Fargo tried to justify their record, saying they are moving more than the long-term averages,” said Tallon. “This is the same argument they have been using with us. We are starting to receive cars as I suspect with harvest taking place, that the grain companies are emptied out and the grain isn't coming in fast enough to order more cars. The grain terminals are caught up.”

Tallon said that they have approximately 1,400 outstanding orders from the old crop with another 700 new-crop orders and the CP is not keen on acknowledging the old orders as shippers in the U.S. have also reported. “Even though we are only a month and a half into the new-crop year, our biggest shipper on the line is telling customers that due to the poor rail service they may already be at capacity for the 2014-15 year,” said Tallon. “The customers we have nurtured to come to our short line for product are becoming more frustrated by the day. The lack of rail service has had a very detrimental effect on our business relationships as well as our bottom line.”

Tallon said that shipments to the U.S. have been the hardest to meet and the inability to ship grain in a timely manner is having a negative affect on the cash flow situation for the area farmers.

BNSF CATCHING UP ON PAST DUE CARS

John Miller, BNSF's vice president in charge of agricultural shipments, said in his weekly podcast that heavy rains last week in Missouri, Kansas and Nebraska caused delays to traffic due to soft tracks. In his weekly podcast on Sept. 11, Miller said that while most of the tracks have reopened, there is still a washout at Craig, Mo., that BNSF crews are working on repairing.

Miller said that in the past four weeks, the BNSF had “met or exceeded” the BNSF expected shuttle turns of 2.5 per month. He reported that overall, shuttle TPM was at 2.9 to the PNW and 2.9 TPM to the Gulf.

Miller said that, “Clearly one of our goals as we move through harvest is more predictability and consistent turns on freight. The Pacific Northwest is the largest draw on our system for AG volume during fall. This season, the route to PNW will have added and expanded sidings and a new double track.

Miller also reported that system wide, there are 1,879 past-due orders with North Dakota owed 864 and Montana owed 470. To see the complete service update to the STB, here is the link: http://goo.gl/…

As of Sept. 14, the CP had not filed a service update for last week.

STB Chairman Dan Elliott filed a letter to the STB on Sept. 10, outlining the ongoing rail issues facing all entities that rely on railroads for their livelihood. In the letter, he said, “Although it has long been board policy to favor private sector resolutions when possible, further regulatory action may be warranted for expediting the overall recovery or alleviating particularly intractable service failures. I also believe that any such action should not benefit one industry at the expense of others, or spur unintended negative consequences. While I cannot speak for my fellow board Members, I anticipate further action in light of the recent Sept. 4 hearing.”

“At that hearing, both BNSF and CP acknowledged that their respective recoveries had not proceeded as well as they hoped, but expressed cautious optimism that service improvements would occur in the fall, in particular for agricultural shippers. Overall, the hearing helped to crystallize the board's understanding of the current challenges.” Here is a link to Elliot's filing to the STB: http://goo.gl/…