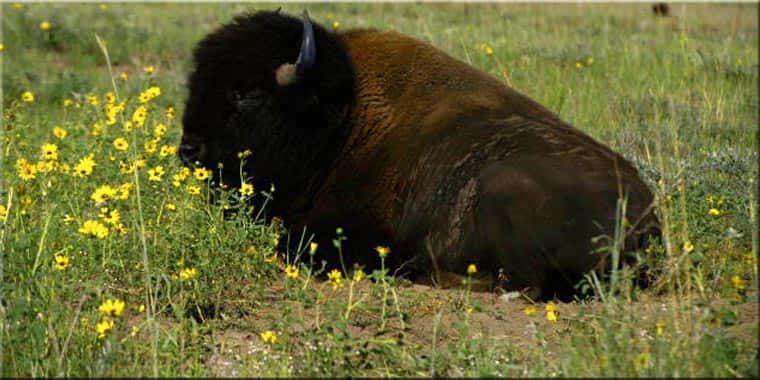 The following is a news release from the Department of the Interior:

WASHINGTON – The Department of the Interior today released a comprehensive report on bison conservation and management (link at bottom of story) that reaffirms the commitment to work with states, tribes and other partners to promote the restoration of bison to appropriate and well-managed levels on public and tribal lands.

“The Interior Department has more than a century-long legacy of conserving the North American bison, and we will continue to pursue the ecological and cultural restoration of the species on behalf of the American public and American Indian tribes who have a special connection to this iconic animal,” said Secretary of the Interior Sally Jewell.

“This report reaffirms our commitment to work with many partners to ensure healthy, ranging bison contribute not only to the conservation of the species, but also to sustainable local and regional economies and communities,” said Acting Assistant Secretary for Fish, Wildlife and Parks Rachel Jacobson.

The report also details new developments in brucellosis quarantine that may allow healthy bison from the well known Yellowstone herd to be relocated outside the Greater Yellowstone Area, if they are quarantined and determined to be brucellosis-free. This raises the potential that for the first time in over a half century, Yellowstone bison could once again contribute to the broader conservation of the species beyond the Greater Yellowstone Area without spreading brucellosis. When evaluating whether to implement a brucellosis quarantine program in the future, Interior will follow all necessary processes to ensure full involvement by states, tribes, and the public.

In addition, the report underscores the Department’s commitment to working with American Indian tribes to restore the buffalo, as it is commonly referred to in Indian Country, on both public and tribal lands because of its cultural, religious, nutritional, and economic importance to many tribes.

When European settlers first arrived in North America, the plains bison population was estimated at about 40 million animals. By the late 19th century, there were approximately 25 bison left in the wild.

Since that time, Interior has played a significant role in saving the North American bison from extinction, stabilizing its population, and protecting and promoting the species’ genetic diversity. Interior lands now support 17 bison herds in 12 states for a total of approximately 10,000 bison over 4.6 million acres of Interior and adjacent lands, accounting for one third of all bison managed for conservation in North America.

The report was first called for by Secretary Ken Salazar in 2012.

The report can be downloaded HERE.

Source: Department of the Interior

Obama Plans Own Action on Immigration