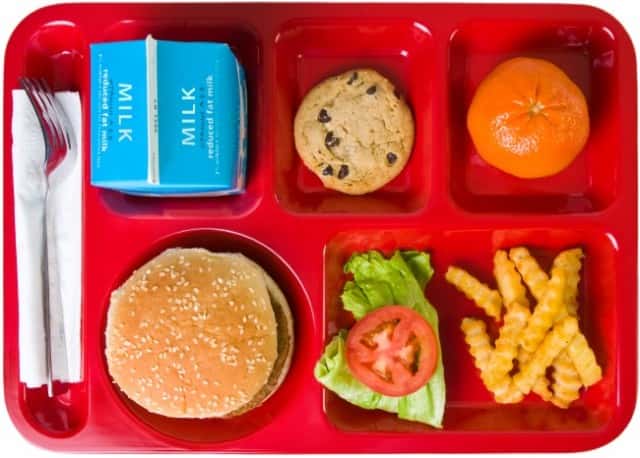 WASHINGTON (DTN) — The battle over the school lunch program is getting increasingly bitter, as it turns into a partisan issue between Democrats and Republicans and a business battle between processed food companies and fruit and vegetable growers.

The battle could have a big impact on whether the federal government and schools around the country use the $11 billion school meals budget to buy, for example, more pizza made in the Midwest, or more fruits and vegetables grown in California, Florida and Texas.

The core of the issue is that in 2010, when the Democrats controlled both houses of Congress as well as the White House, they passed the Healthy Hunger-Free Kids Act, which said children should be served healthier food than in the past. The new regulations issued by the Agriculture Department called for less salt, sodium and fat and more low-fat dairy and meat products, whole grain breads and pasta and require that a half cup of fruit and vegetables be served at every meal.

Nutritionists, members of Congress and military officers cited problems such as the high percentage of young Americans who are too overweight or obese to qualify for the Armed Services as the reason for making the changes.

The School Nutrition Association, which represents the school food service directors and the companies that supply many of the foods, endorsed the bill, but now says some of the regulations are unworkable.

At SNA's urging, the House Appropriations Committee passed a bill that would grant a one-year waiver from the healthier school meal rules to any school that says it has been losing money in its school meals program for six months. That agriculture appropriations bill could come up on the House floor as soon as next week, according to Capitol Hill sources.

SNA pushed for Congress to roll back some of the changes when the child nutrition programs come up for reauthorization in 2015. But SNA members, professional nutrition and medical associations and the Obama administration — including first lady Michelle Obama — oppose the waiver and other changes, although they acknowledge the Agriculture Department needs to be flexible in its administration of the program.

The Senate Agriculture Committee will hold a hearing next Thursday on reauthorization of the child nutrition programs, including school meals, a full year before those programs need to be reauthorized.

Senate Agriculture Committee Chairwoman Debbie Stabenow, D-Mich., supports the healthier meal rules, and her decision to hold the hearing a year early seems to be a reaction to the House proposal.

The hearing could also provide counter evidence to the testimony provided last June at a hearing held by the House Education and Workforce Early Childhood, Elementary and Secondary Education Subcommittee, which has jurisdiction over the school lunch program in the House.

At that hearing, Sandra Ford, then president of the School Nutrition Association, called on Congress to pass permanent changes to some of the rules, noting that children were rejecting some of the new foods and that the number of children buying school lunches had dropped.

Ford's testimony was an early sign that SNA, which has traditionally campaigned for improved nutrition, had changed as an organization.

Former SNA presidents have told DTN that over the years as the number of children eating school meals has grown and the schools have had to rely on processed foods to feed the children rather than cooking from scratch in the schools, companies such as Schwan Foods in Minnesota and ConAgra have come to provide more of SNA's budget. Pizza providers were behind congressional action to require USDA to list the tomato paste on pizza as a vegetable, for example.

Politico reported last week that a review of public tax filings showed about half of SNA's $10 million operating budget comes from food industry members, including membership fees and sponsorship opportunities.

Stabenow's announcement on the hearing on reauthorization of the child nutrition programs came after a week in which there were bitter exchanges between SNA and the Obama administration.

Agriculture Undersecretary for Food, Nutrition and Consumer Services Kevin Concannon told reporters that SNA had turned down an opportunity to discuss the issues in a conference call with Janey Thornton, his deputy undersecretary in charge of school meals.

“We had SNA's leadership team — school nutrition professionals from all over the country — lined up to come to Washington and participate in the meeting. But we were denied,” SNA said in a statement. “We believe that a policy issue so critical to our nation as child nutrition and ensuring students get the nourishment they need to excel in the classroom would be high enough on the list for these Washington officials to take a meeting. We were clearly — and unfortunately — mistaken.”

USDA reacted to the SNA statement with the following comment: “USDA is committed to working with schools, parents, educators, members of the medical community, and school nutrition professionals to ensure that America's children have access to safe, healthy school meals.”

A USDA source said requests for meetings with Vilsack on specific subjects go through the undersecretary in charge of that area because the secretary could not possibly take all such meeting requests.

A White House source also pointed out to DTN that Kass had spoken at three SNA conferences and consulted frequently with SNA leaders for years.

The source also said since there had been a change of leadership at SNA “no meeting has been requested” directly with Kass.

USDA issued a long list of “interactions” between USDA and SNA this year, including Thornton's participation in an SNA conference last week in Arizona.

Reached by telephone from Arizona, where she attended the SNA conference earlier this week, Thornton said no one at the conference told her the school meals rules should be rolled back.

Thornton said she pointed out that fighting obesity is important for the food companies as businesses because they face rising health care costs, and she said a number of industry leaders came up to her and thanked her for the administration's anti-obesity campaign.

She also noted “a lot of industry folks have been really great partners” in developing food items that meet the new guidelines.

USDA will continue to be flexible in implementing the guidelines, Thornton said, adding that USDA will tell some schools their costs may have risen more than necessary because there have been “misconceptions” about the new rules. All fruits and vegetables do not need to be fresh, Thornton said, and it is not necessary to source all foods locally.

Meanwhile, the United Fresh Produce Association, which is holding its annual meeting in Chicago next week, has scheduled a session on how fruit and vegetable distributors can do more business with the schools.

United Fresh President and CEO Tom Stenzel said in an interview that he believes some schools are spending more money than necessary on fruits and vegetables because they are not used to buying those products and need help in learning how to make efficient purchases.