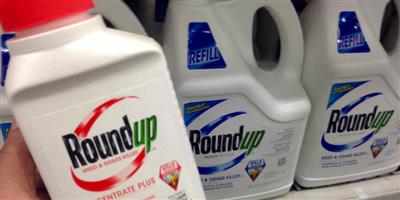 The future of glyphosate — the most widely used herbicide in the world — is uncertain after a four-day review of the Environmental Protection Agency's (EPA) scientific evaluation of the chemical's cancer-causing potential.

The 15 scientists were assembled by the EPA to analyze glyphosate, the active ingredient in Monsanto's Roundup and dozens of other weed killers. The researchers struggled to reach a consensus amid a plethora of conflicting and, in some cases, flawed data on the health and environmental effects of the chemical.

The scientists now have three months to make a formal recommendation to EPA. That recommendation could strongly influence the agency's decision on whether it should impose new restrictions on how glyphosate is used.

Given the widespread use of glyphosate in US agriculture, any restrictions on its use could have wide-reaching effects. The amount of the chemical used has grown exponentially over the past 30 years and now approaches 300 million pounds annually, according to data the EPA presented to the scientists.

Monsanto insists that glyphosate is safe. “The overwhelming conclusion of experts worldwide, including the EPA, has been that glyphosate can be used safely. No regulatory agency in the world considers glyphosate to be a carcinogen.” Charla Lord, a Monsanto spokeswoman, said.

However, the scientists assembled by EPA were not as certain. They spent four days analyzing scientific studies on links between glyphosate and cancer. The event included one and a half days devoted solely to hearing comments from the public. The scientists especially looked at a type of immune system cancer called non-Hodgkin's lymphoma (NHL) that farmers suffer at higher rates than other occupational groups.

Many on the panel were hesitant to say that glyphosate definitively does not cause cancer, as EPA had done previously. But they also noted data showing the chemical is a carcinogen are far from conclusive.

“There's been 30 years of study on this chemical, and I'm surprised we're still at this level of uncertainty on this,” panelist Kenneth Portier, a statistician with the American Cancer Society, said.

What the Beef Industry Is Not Getting for Christmas