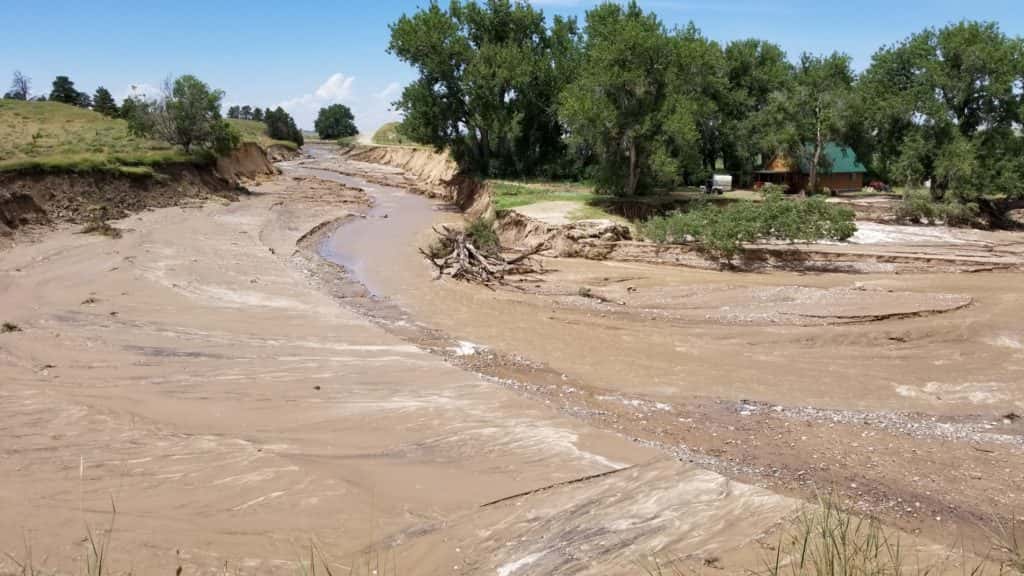 Surface-water irrigators in the North Platte River Valley south of the river in western Nebraska and eastern Wyoming have lost their water supply due to a washout in the main supply canal early Wednesday morning (July 17). Several irrigation districts and their customers hope to find out within a few days how long it will take to make repairs and start water flowing again.

A tunnel structure used to convey water for the Goshen/Gering-Ft Laramie irrigation districts had a partial collapse, causing a backup of water in the main canal and a breach in the canal bank near Fort Laramie, Wyo. Water delivery was halted Wednesday in the mainline canal to both irrigation districts. The U.S. Bureau of Reclamation will be on site Friday to assess the damage to the tunnel and canal and try to determine when repairs can be made and water deliveries resumed. It is possible that water deliveries will not resume for the rest of the growing season.

The canal break affects approximately 107,000 acres of crops, or about 35% of the total acres irrigated by surface water in the North Platte River Valley in both states. Approximately 55,000 acres are affected in Nebraska and 52,000 acres in Wyoming.  With the heat of the summer just starting, crops will not survive long without irrigation. Affected growers will potentially face crops withering in the heat and significant economic loss. Affected crops are corn, sugar beets, dry beans, and alfalfa.

Nebraska Extension and the University of Wyoming Extension are working together to share information and help growers in both states understand their options during this severe situation.

This canal is part of the North Platte Project, one of the first reclamation projects in the West, constructed about 110 years ago by the Bureau of Reclamation. Snowmelt from Colorado and Wyoming mountain ranges in the upper North Platte Basin is stored in several reservoirs on the river in Wyoming. During the irrigation season, water is released from the dams, then diverted from the North Platte River at Whalen Dam, east of Guernsey, Wyo., into the Goshen / Gering-Fort Laramie irrigation districts on the south side of the river and into the Pathfinder Irrigation District on the north side. The water is used to irrigate more than 300,000 acres in the Nebraska Panhandle and southeastern Wyoming. The project also provides hydropower, flood control, and recreation.