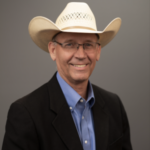 Schnell’s family holds a strong history in the livestock marketing industry. In 1937, Schnell’s grandfather, Ray, founded Schnell’s Livestock Auction Market in Dickinson, N.D., using chicken wire fence for a sale ring. In 1977, Schnell became partners with his father and two other individuals, taking over as general manager in 1985. Currently, Stockmen’s Livestock Exchange has two locations in Dickinson and is owned by Larry and his partner, James Erickson.

As LMA President and a market owner, Schnell is actively involved in several livestock industry issues, including the ongoing Department of Justice (DOJ) and U.S. Department of Agriculture (USDA) packer investigations.

In an interview with Northern Ag Network, Larry said along with those issues, he and his colleagues plan to tackle the dealer trust battle. Larry said that is a bill they have in congress right now which “would really alleviate the pressure if a dealer was unable to come up with the money and default,” Schnell added “currently, the law allows the lender the ability to take the money, even if the seller has not been paid,”

The Dealer Trust Bill would change that so the un-paid seller would be in first position to get the money back, if there are any funds left in the account. Additionally, Schnell looks forward to serving his two-year term as president, and continued involvement with LMA and its members.

“I look forward to working with the other committee members, and especially our members across the nation, on topics important to the cattle industry,” Schnell said. “I believe that LMA is a very effective organization for the industry and we hope to keep it that way.”

Larry Schnell is the first president of LMA from the Northern Ag Country since Pat Goggins held the position in 2001-2002.