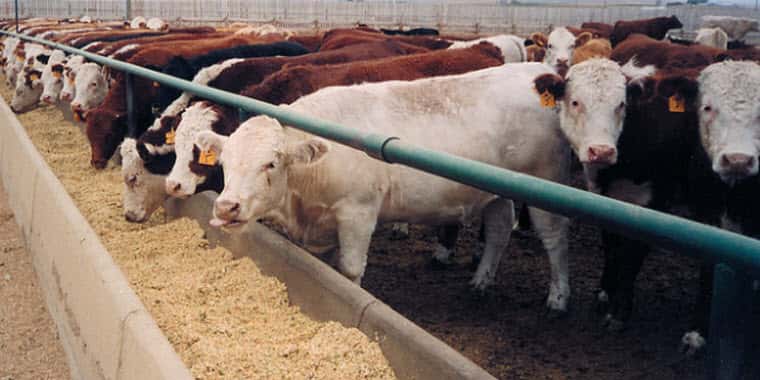 The cattle contract library is widely supported by industry groups and lawmakers on both sides of the aisle, and the introduction of this legislation comes after more than a year of NCBA pushing for the creation of the library.

“After more than a year of upheaval, facing everything from extreme drought to supply chain disruptions, many cattle producers have been backed against a wall. We need to act urgently to provide them with relief,” said NCBA President Jerry Bohn.

“There is no single, silver bullet solution to the wide variety of needs among our diverse membership, but lawmakers can start by focusing on viable solutions that have broad-base support across the industry. The cattle contract library is one such solution, and it will help our producers command more leverage in negotiations with the packers. We appreciate the work of Congressman Johnson and Congressman Cuellar to move the ball forward on this urgent issue.”

Earlier this month, NCBA Vice President and South Dakota rancher Todd Wilkinson testified before the House Agriculture Committee and underscored the need for greater transparency in cattle markets. One of the solutions he advocated for was the creation of the cattle contract library, as well as full reauthorization of Livestock Mandatory Reporting (LMR).

In August 2021, NCBA succeeded in pushing USDA to make more market data publicly available. The agency began publishing a new daily report on the foundational prices used in cattle market formulas, grids, and contracts, and a new weekly report on the volume of cattle purchased at each different level of pricing.

In June 2021, NCBA led a letter with the support of more than 36 state affiliate groups urging Congress to act on the reauthorization of LMR. LMR is the legislative mandate that requires large meat processors to regularly report information on their transactions, such as the price they pay for livestock and the volume of purchases.

In May 2021, NCBA met with American Farm Bureau Federation, Livestock Marketing Association, National Farmers Union, R-CALF and U.S. Cattlemen’s Association to discuss urgent concerns and the need for a cattle contract library was one of three priorities agreed upon by these disparate groups.

The introduction of the Cattle Contract Library Act follows months of NCBA engagement to ensure Members of Congress understand the most urgent needs facing cattle producers, the complex cattle market conditions influencing these outcomes, and the risks of adopting one-size-fits-all policy solutions that may hurt producers’ bottom line.