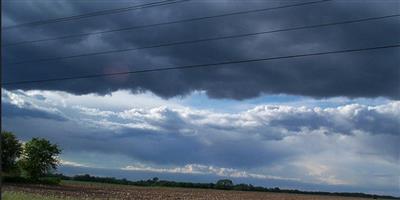 WASHINGTON — U.S. Senators John Thune (R-S.D.) and Brian Schatz (D-Hawaii), members of the Senate Committee on Commerce, Science, and Transportation, reintroduced the Learning Excellence and Good Examples from New Developers (LEGEND) Act legislation that would require the National Oceanic and Atmospheric Administration (NOAA) to make certain operational models publicly available and utilize any innovations to improve the models that are developed as a result of public collaboration.

“The LEGEND Act is important legislation meant to improve the weather forecasts for all Americans, including the farmers and ranchers in my home state, who are reliant upon accurate weather forecasting capabilities,” said Thune. “This legislation would make NOAA’s forecasting models publicly available and more accessible to scientists and engineers who would then be able to provide new insights to improve the overall system.”

“In a place like Hawai‘i, NOAA models provide vital warning for hurricanes, king tides, and tsunami,” said Schatz. “Making the code for these models open source will make it easier for experts to partner with NOAA to improve forecasts and keep our communities safe.”

On January 7, 2019, the National Integrated Drought Information System Reauthorization Act of 2018 included a requirement for the U.S. Weather Research Program to establish the Earth Prediction Innovation Center (EPIC), which was intended to advance weather modeling and improve the translation of forecasting research into operational models by leveraging private sector innovations. When fully established, EPIC would provide a platform for stakeholder collaboration to improve operational models and greatly advance NOAA’s forecasting skill.

The LEGEND Act would clarify and strengthen the efforts of EPIC through the following provisions:

Stakeholders currently do not have access to the operational models developed by NOAA. The bill would require the agency to develop a plan to make its operational models open source by publicly posting the source code, including information about the models and the data they use. This includes the data used for current operational forecasts and a description of intended model outputs.

EPIC is intended to promote collaboration with the private sector. LEGEND strengthens this by mandating periodic reviews and adoption of innovations and improvements to the operational models made by parties outside NOAA.

This bill also requires NOAA, within two years, to submit a report on the implementation of LEGEND’s mandates.