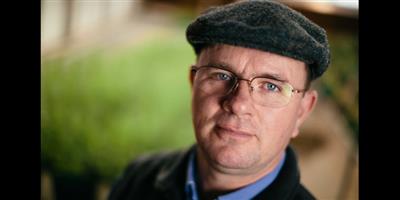 McPhee, a professor of plant sciences and pulse crop genetics and breeding, said he’s excited about joining MSU and the university’s existing network of statewide research stations with the Montana Agricultural Experiment Station and a host of private and public Montana agricultural producers.

“I’m really looking forward to joining the MSU and larger Montana community,” he said. “In this first year, I’m particularly interested in making a deeper connection with producers, industry and grower-representation groups, so that I can understand what the desires and challenges are.”

Pulse crops, also known as pea, chickpea (also called garbanzo bean) and lentils, are known for their agronomic and economic benefits because of their ability to add nitrogen to the soil, store water and break up the disease and pest cycles often found in wheat systems. According to the United States Department of Agriculture (USDA), Montana is America’s top producer of pulse crops, with more than 1.1 million acres currently in production. That’s compared to Montana’s 5 million acres in annual wheat production, according to the USDA, and Montanans have planted about 500,000 acres each of pea and lentil this year.

McPhee will ultimately be responsible for developing pulse varieties that are best suited for Montana’s variable landscapes and climates. Given Montana’s growing pulse industry, MSU is glad to perform this work, according to John Sherwood, head of the MSU Department of Plant Sciences and Plant Pathology in the College of Agriculture.

“Dr. McPhee will be a welcome addition to our strong breeding programs, as Montana’s pulse crop is rapidly growing,” he said. “MSU listened to and worked closely with producer groups and industry needs, and it was clear MSU needed to host a dedicated variety breeder for the state’s increasing acreage of pulse crops. He brings an impressive breeding and genetics career with him that Montana will benefit from.”

“The hope is always to stay ahead of the impact from diseases and pests, especially when it comes to pea,” McPhee said. “That’s why a connection with producers and industry and a willingness to work with everyone is so important. Bridging the industry needs with the research community is invaluable as so that the entire region can benefit.”

McPhee has released six dry-pea varieties, three dry-pea germplasm, seven lentil varieties and three chickpea varieties. He has authored more than 75 peer-reviewed journal articles, many of which were co-authored with MSU faculty, as well as 13 book chapters. McPhee also is a nationally and globally renowned invited speaker on grain and legume breeding techniques. A member of the American Society of Agronomy and the Crop Science Society of America, McPhee is also the past-president of the North American Pulse Improvement Association. He is the editor-in-chief for Pisum Genetics, in addition to serving as the associate editor for Crop Science. As a committee member, McPhee serves as secretary for the Pisum Crop Germplasm Committee, an international association of breeders and geneticists, holds memberships on the Cool Season Food Legume Crop Germplasm Committee, Research Support and Planning Committee of the North American Pulse Improvement Association and is a former member of the International Pulse Quality Committee and the Science Advisory Board for Saskatchewan Pulse Growers Association.

McPhee replaces Norman Weeden, professor of plant sciences and plant pathology, who recently retired after 17 years with MSU. During his time at the university, Weeden brought international acclaim to MSU in his expertise of pea genetics as the author of 45 journal articles and four book chapters. He also contributed to the university as a teacher and through his research activity. Most recently, Weeden identified one of the major genes in dry pea that provides tolerance to root rot in pea, as well as candidate genes for resistance to additional diseases. Weeden played an instrumental role in breeding several ‘high-amylose’ dry pea varieties that are particularly suitable for people with diabetes, releasing three similar varieties adapted to Montana’s agricultural practices.

Caption: Kevin McPhee, associate professor of plant sciences and pulse crop genetics and breeding in the College of Agriculture at Montana State University, was recently hired to develop a pulse crop research program at the university that will reflect Montana’s growing pulse industry in dryland agriculture. MSU photo by Adrian Sanchez-Gonzalez