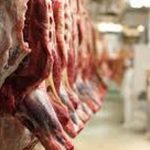 “We appreciate this decision and urge you to ensure that this investigation is conducted in a prompt, thorough, and transparent manner,” Daines and Gianforte wrote. “As you know, this fire resulted in a significant disruption in the cattle market and corresponded with a drop in prices that is having a substantial impact on the livelihoods of ranchers and related businesses across Montana.”

On August 9th, a large fire destroyed a major Tyson Food beef processing plant in Holcomb, Kansas. The facility operated at approximately 6,000 head per day and represented approximately six percent of the total U.S. fed cattle processing capacity. This corresponded with a decline in cattle prices due to the loss of a major buyer and an increase in profit margins for packers.

Perdue announced that USDA would be conducting an investigation into the situation to ensure that no price-fixing or unfair market manipulation took place.

On September 9, Gianforte led a bipartisan letter from members of the House to the administrator of the Federal Motor Carrier Safety Administration requesting an emergency declaration and suspension of the Hours of Services regulations to aid cattle producers and live-cattle haulers impacted by the Holcomb fire.