Bismarck, N.D. – Jason Zahn, a Towner, N.D., rancher, was recently appointed by Governor Doug Burgum to the North Dakota Beef Commission (NDBC) as a beef producer director. He will join the NDBC as one of nine voting members, all representing various segments of the state’s beef industry. Zahn and his family run a commercial cattle operation consisting of Red Angus and Simmental genetics. 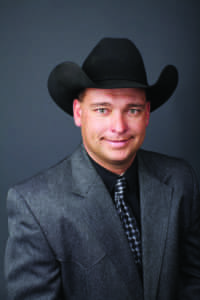 “I’ve always been a strong advocate for our beef checkoff,” says Zahn. “The past few years have had some tough times for the cattle industry, and I felt I could help my friends and neighbors in the beef
business by getting involved in the Beef Commission as an advocate for the cattle industry and the programs that the beef checkoff makes possible.”

Zahn served seven years on the North Dakota Stockmen’s Association board of directors and served as president from 2012-2014. He was also a representative from North Dakota to the Young Cattlemen’s Conference. He has been involved in his community including his church council, township board and irrigation board.

The NDBC, representing North Dakota beef farmers and ranchers, manages the state beef checkoff program with the mission of enhancing beef demand by strengthening consumer trust and exceeding consumer expectations. This is accomplished through programs and activities in the areas of promotion, research and consumer information. Learn more at ndbeef.org.

Do NOT Open, Plant or Throw Away Unsolicited Seeds