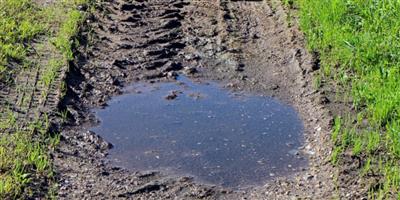 OMAHA (DTN) — Attorneys general of 10 states and the District of Columbia sued the U.S. Environmental Protection Agency on Tuesday, alleging the agency's final rule suspending the 2015 waters of the United States, or WOTUS, rule is unlawful.

New York's Attorney General Eric T. Schneiderman is leading a coalition of 10 states and the District of Columbia in challenging the EPA's action.

In recent weeks, the U.S. Supreme Court ruled the appellate court level was not the proper venue for challenges to the 2015 WOTUS rule. The action essentially ended the nationwide stay on the rule. As a result, EPA issued a final rule last week to delay the WOTUS rule's implementation until 2020. The delay is designed to give EPA time to rewrite the rule to include a different definition of jurisdictional waters.

The states and District of Columbia claim in a lawsuit filed in the U.S. District Court for the Southern District of New York that the EPA's two-year delay fails to take science into consideration.

“The agencies have now suspended the clean water rule without consideration of the extensive scientific record that supported it or the environmental and public health consequences of doing so, by adding a new 'applicability date' that delays the rule's applicability for two years and reinstates the definition of 'waters of the United States' from the 1980s,” the lawsuit said.

“Reverting to the definition that pre-dated the 2015 clean water rule is a wholesale, substantive redefinition of 'waters of the United States' under the act. The agencies have undertaken this redefinition with inadequate public notice and opportunity for comment, insufficient record support, and outside their statutory authority, illegally suspending a rule that became effective more than two years ago. And the agencies have codified this expansive redefinition under the guise of merely 'preserving the status quo.'”

The states and District of Columbia argue EPA's suspension rule that returns the waters of the United States rule back to 1980s regulations, “do not provide the protection to the States' water quality that is provided by the clean water rule.”

The attorneys general say they rely on the federal Clean Water Act rule and its “uniform nationwide floor of pollution controls” as the “primary mechanisms for protecting them from the effects of out-of-state pollution.

“The suspension rule injures the states' waters by replacing the clean water rule, which protected them from pollution occurring in upstream states, with the inadequate and ambiguous 1980s regulations.”

The states said the delay in the 2015 rule “puts the states at an unfair economic disadvantage in competition with other states.

“To mitigate out-of-state pollution, under the 1980s regulations the states face having to impose disproportionately strict controls on pollution generated within their borders, thereby raising the costs to states and the costs of doing business in them.”

Back in March 2017, the EPA and the U.S. Army Corps of Engineers announced plans to rewrite the WOTUS rule. That rewrite is expected to consider the opinion of the late Justice Antonin Scalia in Rapanos v. The United States in 2006.

The Rapanos case involved a Michigan landowner who filled in a wetland without a permit. A circuit court ruled that because the wetland was adjacent to a tributary, the wetland was considered to be a jurisdictional water.

The U.S. Supreme Court disagreed with the lower court, and a plurality of the high court ruled the Clean Water Act did not give broad authority over all waters.

In writing the WOTUS rule, however, President Barack Obama's EPA cited the opinion of Justice Anthony Kennedy who suggested a significant nexus test is valid.

“Wetlands possess the requisite nexus, and thus come within the statutory phrase 'navigable waters,' if the wetlands, either alone or in combination with similarly situated lands in the region, significantly affect the chemical, physical, and biological integrity of other covered waters more readily understood as 'navigable,'” Justice Kennedy wrote.

“This definition may include wetlands without an actual hydrological connection to navigable-in-fact waters (but presumably not wholly isolated).”