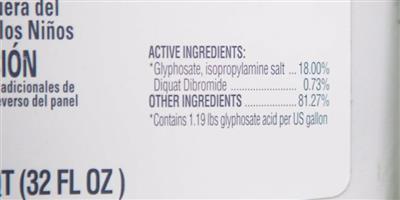 Once Again, EPA Concludes That Glyphosate Does Not Cause Cancer

ST. LOUIS–(BUSINESS WIRE)–As part of its ongoing registration review of the herbicide glyphosate, the U.S. Environmental Protection Agency (EPA) has published its official classification of glyphosate as “Not Likely to be Carcinogenic to Humans.” This determination is the published conclusion of EPA’s Cancer Assessment Review Committee (CARC) and is based on the overwhelming weight of evidence on glyphosate. The CARC report is publicly available on EPA’s glyphosate docket.

The EPA is the third regulator to publish its conclusion that glyphosate is not a carcinogen as part of a registration review since the International Agency for Research on Cancer (IARC) announced an inconsistent classification in March 2015. The European Food Safety Authority (EFSA) determined in November 2015 that glyphosate is “unlikely to pose a carcinogenic hazard to humans.” Also in 2015, the Canadian Pest Management Regulatory Authority (PMRA) concluded “that glyphosate is unlikely to pose a human cancer risk.” These conclusions by the EPA and the European and Canadian regulatory authorities are based on standard scientific principles and the overwhelming weight of evidence.

“No pesticide regulator in the world considers glyphosate to be a carcinogen, and this conclusion by the U.S. EPA once again reinforces this important fact,” said Hugh Grant, Monsanto’s chairman and CEO. “Glyphosate has a 40-year history of safe and effective use. Unfortunately, last year’s inconsistent classification by IARC generated unwarranted concern and confusion about this important agricultural tool. This rigorous assessment of the data by EPA builds on the sound conclusions of both the European and Canadian regulatory authorities and once again makes it clear that glyphosate does not cause cancer.”

The robust conclusions by EPA and other regulatory authorities provide important context for the non-standard approach and inconsistent classification by the International Agency for Research on Cancer (IARC), which classified glyphosate as a “probable carcinogen” in March 2015. The EPA, Canadian and European assessments all identified flaws with IARC’s assessment. EPA’s conclusion specifically notes that its assessment “includes all of the studies (epidemiology and animals) reviewed by IARC as well as a subset of animal studies reported in a review article by Greim et al. (2015) but not reviewed by IARC.” Results from any further studies would not change the conclusion that glyphosate is not carcinogenic. Among other flaws with the IARC assessment, EPA concluded, “The inclusion of the positive findings from studies with known limitations, the lack of reproducible positive findings and the omission of the negative findings from reliable studies may have had a significant bearing on IARC’s conclusion on the genotoxic potential of glyphosate.”

To assess glyphosate and other pesticides for health and safety, the EPA requires companies to fund, perform and submit a wide-range of studies for review by EPA scientists. The studies submitted to EPA by Monsanto and other registrants regarding the health and safety of glyphosate are conducted according to strict and internationally recognized quality standards known as Good Laboratory Practices (GLP), which provide a framework for how laboratory studies are planned, performed, monitored, recorded, audited and archived. These strict compliance guidelines ensure the quality and integrity of the data that are submitted for regulatory review. While U.S. law requires that pesticide registrants fund such studies so that the cost is not carried by taxpayers, the EPA strictly enforces the GLP program, conducting regular inspections to monitor compliance and prosecuting any violators.