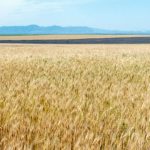 It is not the policy of Northern Ag Network to publish unsigned Opinion Editorials.  However, the issue discussed below is both important and sensitive; a case of friends and good neighbors in serious disagreement, but who want to be able to talk about a difficult issue, and still remain friends.  In order to encourage an inclusive conversation that allows frank and respectful discussion on a deeper level, we have decided to print the unsigned Op Ed below, in the hope of increasing knowledge and transparency, and perhaps facilitating possible solutions.

The recent article and study released by the University of Montana and Montana State University on the economic effects of Hutterite colonies in Montana has created great concern.  This concern does not stem from any of the data presented in the article, but from the data that seems to be missing or left out. More specifically, the direct and secondary effects to both the local communities that the colonies exist in, and the state economy as a whole.

The Hutterite colonies have become the number one competitor of the family farm in rural Montana.  The article in question states “They (the Hutterites) implement cutting-edge technologies to help promote efficiency and reduce labor requirements in the operations, allowing them to venture into under-developed markets in the state”. Though this may be true in some cases, we (family farmers) would argue that because of an unfair tax and labor advantage, the Hutterites are able to pay above market for land, and as such, drive the local family farms out of the marketplace and ultimately out of business.

Operating as a religious non-profit entity, Hutterites access tax benefits that other family and individually owned farms cannot.  Though the Hutterite colonies do pay property tax (as all land-owning farmers do) and income tax at the corporate level, they do not pay income tax as individuals.  This is because the individual members of the colony are not paid a living wage.  Since the individuals are not paid a living wage, members of a colonies qualify for Medicaid and the Earned Income Tax Credit. The colonies skirting individual income taxes to turn around and double dip on Medicaid and the Earned Income Tax Credit is very concerning.

The Hutterites do not send their children to the local public schools, yet take advantage of many of the publicly funded school programs and in some cases even operate as their own taxpayer funded “private” schools, only allowing the children to be educated through the 8th grade.

What would the economic impact be if the Hutterite colonies were replaced by personal income tax paying, K-12 public school attending, local business supporting individual farmers and ranchers?  This is the issue we take with this new study, and we look to the colleges to continue their research and answer that question.

Let it be clear, we have no issue with the Hutterite lifestyle, religion, or the individual members themselves, it is solely an issue with the business structure under which they operate. The family farm is only asking that we all play by the same rules.