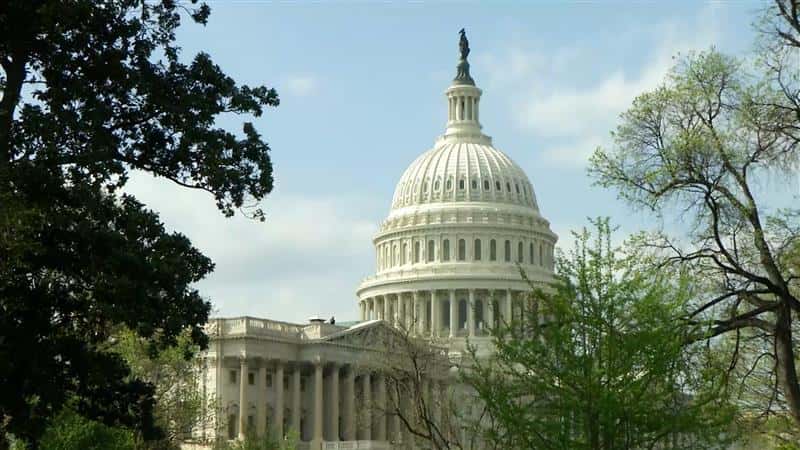 OMAHA (DTN) — More than 80 farm groups asked congressional lawmakers to reform commodity checkoff programs in a letter sent to the U.S. Senate and U.S. House of Representatives on Thursday.

The bills would make a number of reforms to the programs, including stopping federally mandated checkoff dollars from being transferred to parties that seek to influence government policies or action relating to agriculture issues.

The measures would enforce a prohibition against conflicts of interest in contracting and all other decision-making operations of the checkoff program. In addition, federally mandated funds could not be used for anti-competitive programs or spent to disparage other commodities.

The bills are designed to increase transparency of the individual boards' actions on how federal checkoff funds are spent. In addition, audits would be required for each checkoff program every five years.

A lawsuit filed in 2014 by the Organization for Competitive Markets demanded the release of 9,300 pages of documents related to the USDA's Office of the Inspector General investigation into the beef checkoff program. The documents stem from two OIG audits of the beef checkoff and its contractors, including the National Cattlemen's Beef Association.

The audits found producer investments in the checkoff are protected by a firewall that prevents beef checkoff dollars from being used for policy activities. Two audits by the OIG and several random audits by USDA found contractors to be in compliance with the laws that protect checkoff funds.

In recent weeks, a federal court ordered the release of thousands of documents requested by the OCM, but most of them were heavily redacted.

Colin Woodall, vice president of government affairs for the National Cattlemen's Beef Association, said he believes the bills are dead on arrival. Woodall said members of agriculture committees on both sides of Congress are unlikely to hold hearings on the bills.

“We are firmly against all of these bills,” Woodall said.

“They would make the programs voluntary. The programs are mandatory to make sure everyone pays their fair share. Changing that, we don't believe would be a wise thing at this time. We're talking about dollars being paid by cattle producers, these are not tax dollars. It's not about improving the program, it's about an agenda. We will continue to see attacks on the checkoff. We have seen this for years.”

On Thursday, lawmakers received the letter signed by more than 80 organizations representing more than 250,000 ranchers, farmers, businesses and environmental groups, asking Congress to pass the legislation. The groups include the National Farmers Union, the OCM and R-CALF USA, as well as many state-level agriculture interests.

“In spite of this limited purpose, checkoff programs have repeatedly acted beyond the scope of their statutory mandate,” the letter said.

“Lax oversight by the U.S. Department of Agriculture has resulted in collusive and illegal relationships between checkoff boards and lobbying organizations, both of which have repeatedly used checkoff funds to influence legislation and government action in spite of a broad statutory prohibition against these activities. Such advocacy efforts have an anticompetitive effect, benefiting certain producers to the detriment of others, and forcing some producers to pay into a system that actively works against them. Some of their tactics have gone so far as to expend government mandated fees to prevent new food products from entering the market.”

The proposed reforms in the two bills, the groups said, would help bring reform to the program.

“Together, these provisions would eliminate the abuses and conflicts of interest plaguing the checkoff programs and will restore for U.S. producers credible, unbiased programs that can effectively and efficiently promote their individual commodities,” the letter said.

Fred Stokes, a Mississippi farmer and founding member of the Organization for Competitive Markets, said in a statement the legislation is needed to level the playing field for all farmers.

“Egregious abuses of U.S. farmers' and ranchers' mandatory checkoff tax dollars have been exposed in the beef, pork, dairy, egg, and other checkoff programs,” he said.

“The half-billion dollars that these programs take from farmers have become the cash cow for organizations that work against fair competition and market transparency, forcing independent family farmers and ranchers to essentially fund their own demise.”