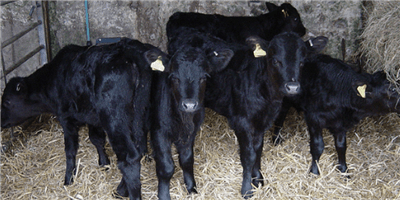 Creep-feeding should be evaluated on yearly basis to determine if it will provide production and economic benefits to the operation. Nutrients required for calf growth are met through its dam milk and forage. Typically, adequate weight gain occurs with milk and grazed forage. However, as the amount of milk produced by the dam decreases, forage quality declines as it matures, and the calf gets older it becomes more difficult to meet the calf’s nutrient requires. Decreases in forage quality (energy and protein) or quantity creates insufficient nutrients for optimum gain. In these situations, creep-feeding may be a viable option. Additionally, first-calf heifers and older cows may not produce enough milk to support the desired calf performance, hence creep-feeding may be a benefit in these situations.

Selecting the optimal creep-feed is important for the best economic benefit. The two most common types of creep feeds used in South Dakota are energy or protein creep feeds. The most common is high energy creep. Creep-feeds can be mixed on the farm/ranch or purchased.

The ration must be energy and protein dense, because the rumen of the calf is small, so the calf will not eat a large amount of feed. Additionally, the feeds must be palatable. Most commercially available creep rations are pelleted and highly palatable. Non-pelleted creep feeds must be dust-free and uniformly mixed to prevent calves from sorting ingredients. Additionally, if liquid feed ingredients are added make sure the creep feed will flow through the feeder.

Energy creep-feeds can be made up of on-farm grains, such as corn, oats, or barley (either whole, cracked or rolled). Table 1 provides some examples of common creep-feed rations. Free choice high starch feeds can cause digestive disturbances, so use caution when selecting feedstuffs. Calves consuming large quantities of starch in grain-based creep feeds may experience acidosis. Limiting creep intake can prevent acidosis. Delivering high starch creep feed daily allows producers to limit intake; however, this is a very labor-intensive option. Intake of creep feed can be limited by adding salt to the creep feed as an intake limiter.

Soybean meal, canola meal, dehydrated alfalfa pellets, or a commercial protein supplement without urea are all potential high protein creep feeds. Creep feed should not contain urea for young calves since they do not have a fully functional rumen. Commercially available, nutritionally balanced, creep-feeds in a pellet form can be more convenient to use and often will be of similar or lower cost to those made up on the farm. 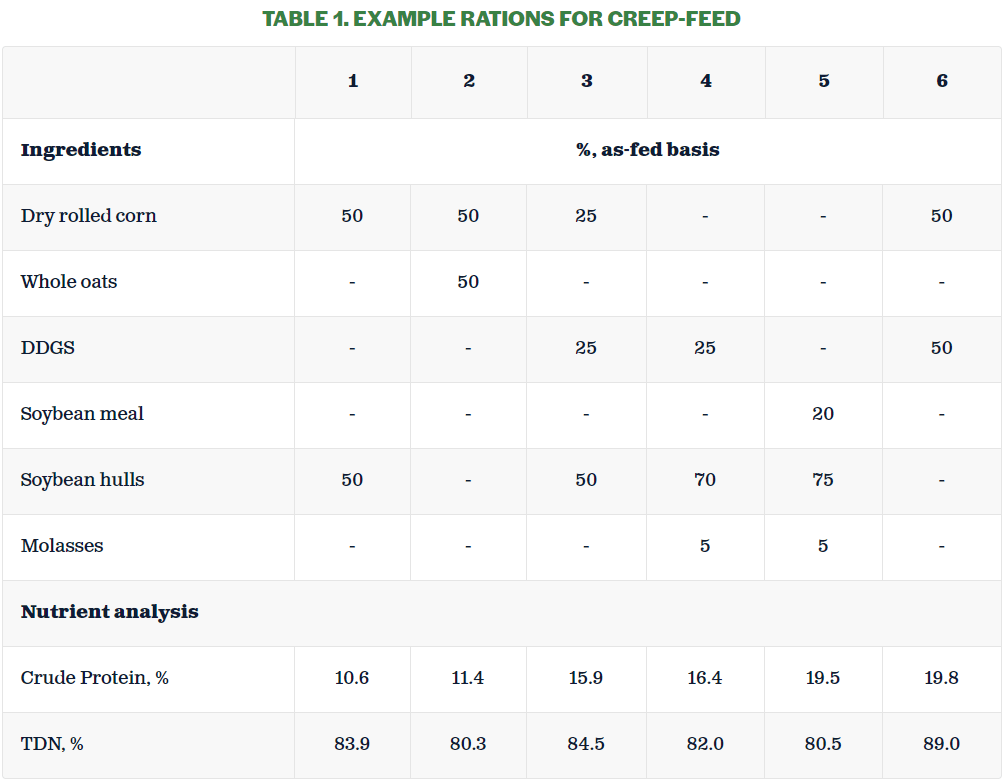 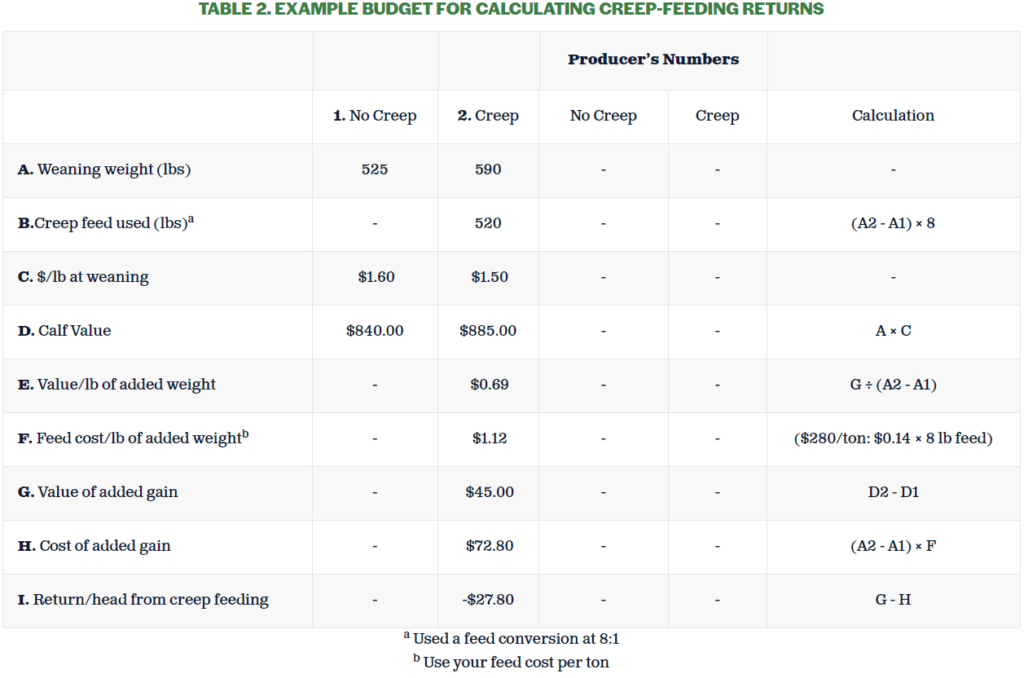 Where to Get Your Beef Custom Processed