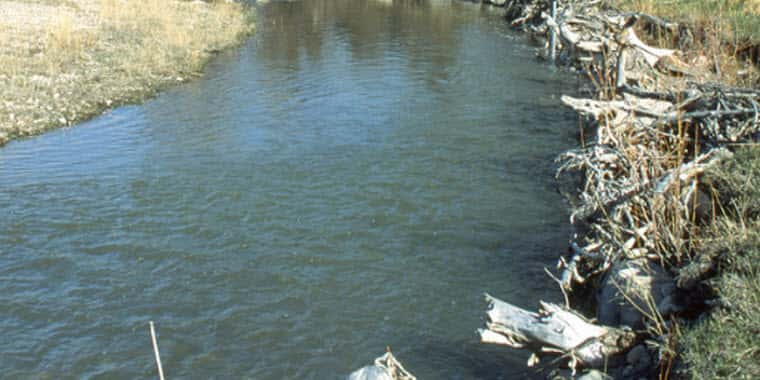 OMAHA (DTN) — Bill Case watched in horror as heavy rains washed his black soil down the North Santiam River in 2007.

An engineer told the Albany, Oregon, farmer either to repair the banks or face the prospect of losing some 50 acres in the next flood.

Case did what any farmer would do: He acted to protect his land.

Although he did a series of repairs with the guidance of the U.S. Army Corps of Engineers, but without a Clean Water Act permit, the 77-year-old now faces potential fines in excess of $100 million and counting dating back to 2007.

With the waters of the United States rule tied up in federal court, Case's dilemma brings into focus many of the concerns farmers and ranchers have about EPA's expanding reach. There is pervasive fear in agriculture the agency will expand its control of private land, leaving farmers like Case unable to do necessary work.

The nightmare started in a panic for Case when he built a retaining wall some 40 feet back from the river after consulting with Michele E. Hanson, natural resources manager with the Portland district office of the Corps of Engineers.

Case said Hanson advised him to make a cut into the channel without going near the water to avoid the need for undertaking a lengthy permit process. Case said she first offered advice in 2007, and the work was approved by the Oregon Division of State Lands. Case added that Hanson returned to the farm in 2008 and said nothing about the work that had been done.

But even the involvement of a Corps official in the project failed to win over the EPA.

After multiple inspections, the EPA ordered Case to tear it all out and to get a permit before making repairs again, claiming he violated the Clean Water Act numerous times.

DTN's attempts to reach Hanson were unsuccessful. Michelle Helms, a public affairs specialist with the Portland office of the Corps referred DTN's questions to the U.S. Department of Justice.

When contacted by DTN, an EPA media representative also referred all questions to the DOJ. The DOJ did not respond to DTN's request for comment.

EPA is suing because Case didn't obtain a permit before making a number of bank repairs below what is the “ordinary high-water mark” of the river used to establish it as a water of the U.S.

Case said at one point in this nine-year saga, EPA officials claimed trees he planted threatened salmon habitat by warming the water. Case said it was later proved to be untrue. He added that even the U.S. Fish and Wildlife Service told him the work actually enhanced habitat and completely stopped erosion.

The stretch of the North Santiam River running through Case's land is designated critical habitat for Upper Willamette River Chinook salmon and steelhead and is protected by the Endangered Species Act. It is also designated essential fish habitat by the Magnuson-Stevens Fishery Conservation and Management Act for Coho salmon and Chinook salmon.

A USFW official was ready to write a formal statement in support of Case's work, Case told DTN.

“Then I got the bad news the EPA had found out about the letter and wouldn't let me put anything in writing,” Case said.

The river winds through some 170 acres of farm where Case grows sweet corn and bush beans for local Fred Meyer Inc. grocery stores and other fresh markets.

“If EPA gets to do what it wants to do, it's going to be devastating,” Case said. “They basically want me to tear everything out, get a permit then put it all back.”

An EPA lawsuit filed against Case in February 2016 in the U.S. District Court for the District of Oregon in Eugene, alleges the farmer broke the law on a number of occasions.

That's because at no time since 2007 did Case apply for or receive a permit to do the work. He was relying on the consultation of the Corps of Engineers.

The EPA alleges he discharged dredged or fill materials into waters of the U.S. by building a retaining wall and a dike in a riverbank.

The agency also alleges Case destroyed wetlands alongside the river in 2009 by discharging large riprap rock and dredged material below the ordinary high-water mark.

The lawsuit said the Corps issued a cease-and-desist order on Aug. 20, 2010, regarding the placement of riprap material.

Between August and September 2012, the lawsuit said, Case again allegedly made a discharge into waters of the U.S. without a permit when he installed riprap rock along the North Santiam River and filled wetlands.

Sometime after the 2012 violations, the lawsuit said, Case excavated and filled an area along the North Santiam River, “blocking side channels of the river and placing gravel piles in wetlands adjacent to the river and its side channels.”

Case told DTN he was replacing a washed-away dike dating back to the 1950s. The agency claims the dike never was present. Despite EPA's allegations that Case violated the Clean Water Act, he said government officials told him he could replace a dike without a permit within one year after it washed away.

EPA alleges it found evidence of another violation in September 2013.

“They don't want to be proved wrong on anything,” Case said.

“I guess I don't understand the Clean Water Act. I thought it was to keep waters clean. They wanted me to take it all out and I refused. EPA told me 'We want the river to do whatever it wants to do. Just let it go.' They don't care at all.”

Governor Gets Final Say in Year Round Bison in Montana