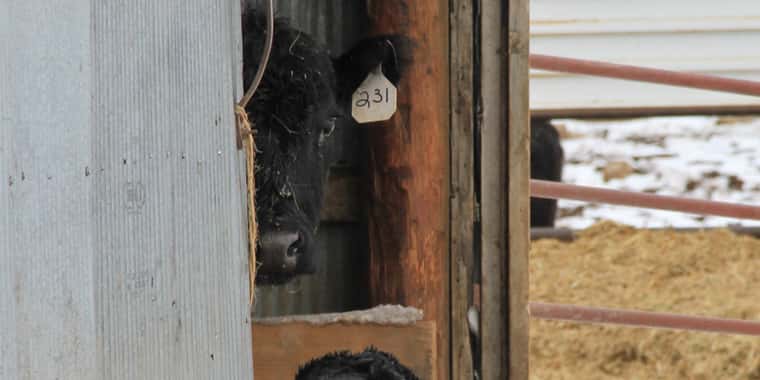 Out of the Snowdrifts. Atlas, One Year Later

It’s been a year since a freak, early snowstorm devastated western South Dakota.  One year later, ranchers and communities say “thank you.”

The following letter was provided to Northern Ag Network by the people impacted by Atlas:

As we near the one-year anniversary of winter storm Atlas, the ranching people and communities devastated by the storm would like to say “thank you” to everyone who rallied behind us and extended such kindness and generosity toward us over the course of the past year.

It is an indescribably humbling, blessed experience to be on the receiving end of such grace and giving as that which poured into western South Dakota and the surrounding area in the weeks and months following the storm. You have impacted our lives in the most powerful, positive way, restoring our faith in humanity and increasing our love and appreciation for our lifestyle and those we share it with.

To those who donated livestock or money to the cause, we did receive them but at times without the original donor’s name attached. As you likely know, there is no greater gift to a rancher than a good bred heifer or cow, and while we found it difficult to accept such a costly and incredible gift, they have made all the difference. The same can be said of the monetary donations that found their way to our mailboxes. We are the independent type, as you likely are, and we hold ourselves accountable for making it on our own. But, those dollars came at critical times for us and covered bills that would have been difficult to find funds for otherwise.

There are those who donated their craft to auctions to generate funds, the communities and individuals who organized and delivered amazing Thanksgiving and Christmas baskets, and those who took the time to write, call or email personal words of encouragement. There were the people who traveled to areas impacted to help rebuild following the storm, the businesses who donated their goods and services, and those who developed online resources to help both those impacted and those wishing to help.

This is only a smattering of the countless acts of kindheartedness executed on our behalf. A glimpse into the hours individuals, families and companies put into helping us make it through the effects of the storm. Because of these efforts we are going to make it, and if you didn’t hear it from someone personally, please take it from all of us – thank you! You have made a magnificent difference in our present and future success, and we thank God for each and every one of you who took the time to help us in your own way. While we hope to never have to repay the favor, we stand ready with the example you set in our minds eye should the time ever come. May God bless you and American agriculture.

Sincerely,
The ranching families and communities hit by winter storm Atlas in Oct. 2013 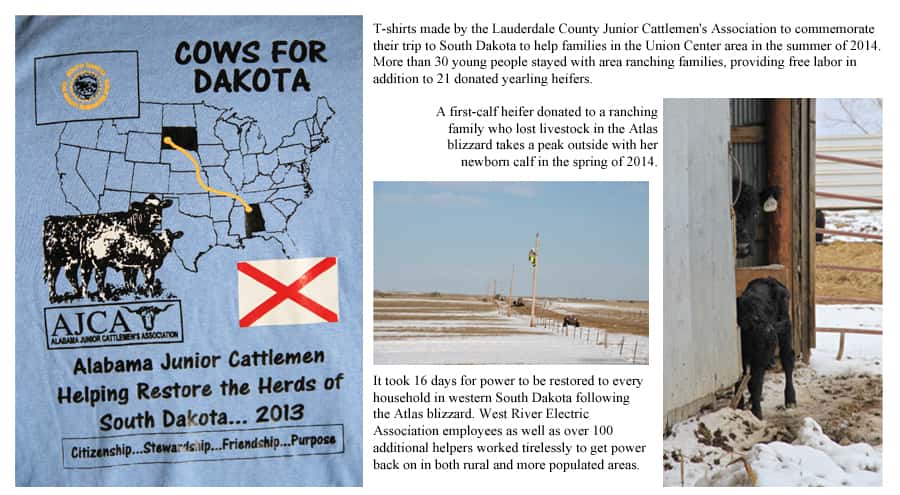 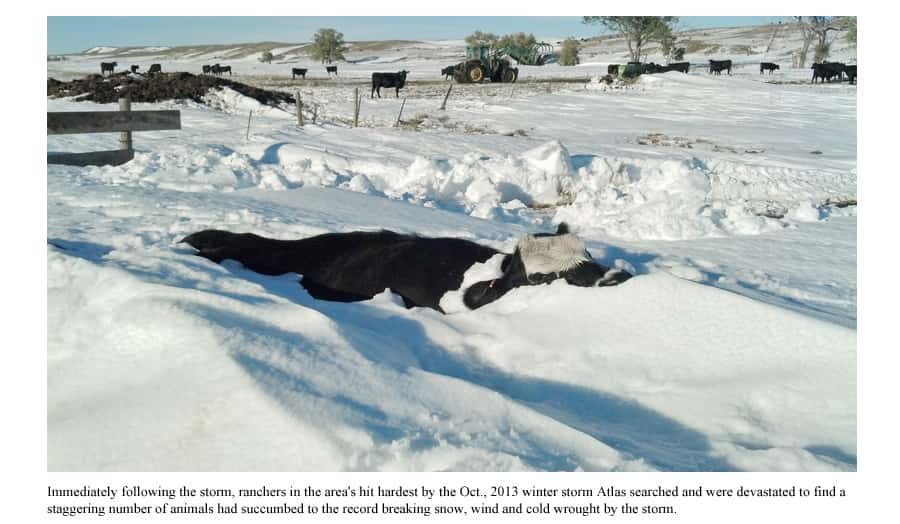 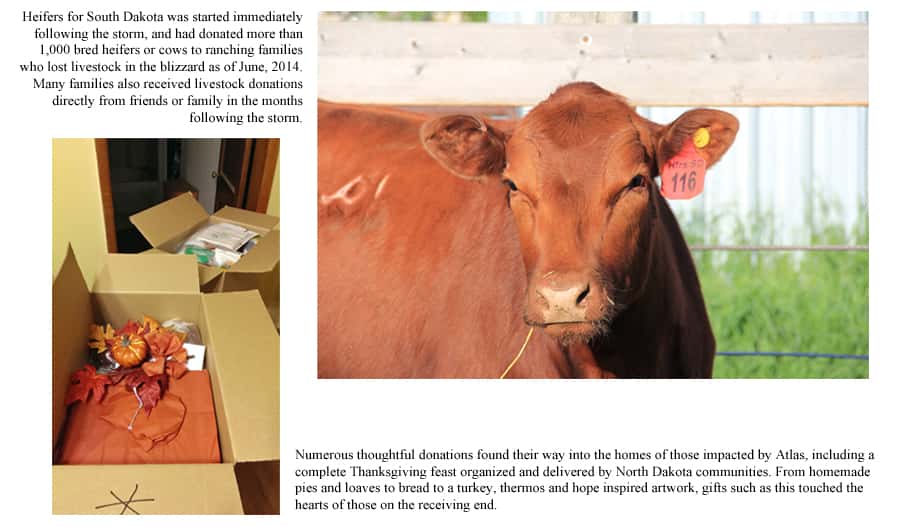 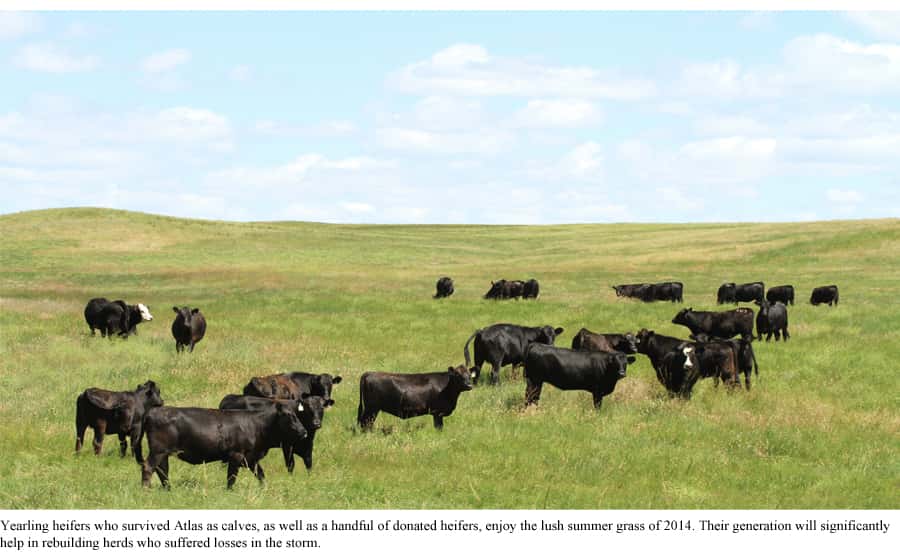