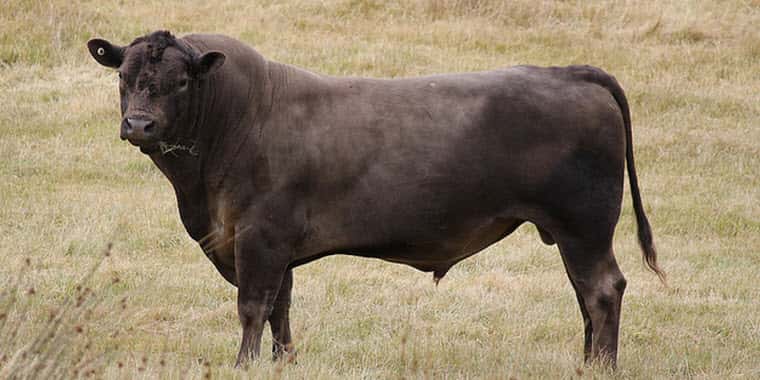 Rancher Dies in Shootout with Deputies Planning to Kill Bull

COUNCIL, Idaho (AP) — A crash between a car and a bull near a tiny Idaho town turned into a bizarre tragedy when an armed rancher confronted Idaho deputies planning to shoot the animal that was charging rescuers, leading to a gun battle that left the well-known businessman dead, authorities said Monday.

A Subaru station wagon struck a bull on a highway Sunday just north of Council, a town of roughly 800 people, and Adams County sheriff's deputies responded to the crash. The injured bull began charging emergency responders as they worked to get the driver and passenger out of the car, said Idaho State Police, the agency that is investigating the shooting.

“The bull was very agitated and was aggressive to emergency services, as well as the other cars coming up and down the highway,” Adams County Sheriff Ryan Zollman said.

Jack Yantis, the bull's owner, arrived with a rifle just as deputies decided to put down the animal. There was an altercation, and Yantis and two deputies all fired their weapons, State Police said in a statement.

Yantis died at the scene, and one deputy suffered a minor injury. The bull also was shot and killed.

Both deputies, whose names have not been released, were placed on paid leave.

Northern Ag Network Note:  One of our readers from this community sent in the following comment on our Facebook page:  Here's what one witness of the scene had to say:  “Susan Gregersen “Let me put you folks straight on this. The bull was hit, the cops came, dispatch called Jack to come, they knew it was his bull! One cop shot the bull but didn't kill it, Jack came like dispatch asked of him, with his gun to put the bull down, cops freaked out, and shot Jack 5 times! His wife suffered a major heart attack and was life flighted to Boise! Hope those cops had there all important body cams on!! Prayers please for our community, we are going to need it!””

Death by a Thousand Cuts

The deputies should have let the owner put down his own bull. If dispatch did ask him to respond to the scene to do just that. The local Veterinarian could have been called to the scene to tranquilizer the bull so Rescuers could help the victims. A bull on a roadway is a dangerous situation and hindsight is always 20/20.