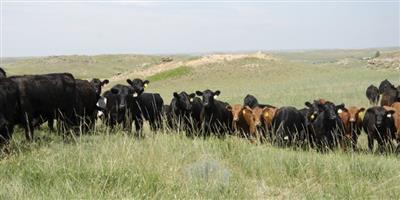 The Green New Deal: What is it and What Does it Mean for Agriculture?

Last week in Washington, U.S. Senator Ed Markey of Massachusetts and U.S. Representative Alexandria Ocasio-Cortez of New York introduced a resolution to create a “Green New Deal” with the goal of achieving “net zero greenhouse gas emissions.” The resolution is meant to kickstart broad discussions on how the U.S. will both mitigate and adapt to climate change.

The resolution is nonbinding, which means it would create no new programs if it did pass Congress, but it is framework for discussion, especially in the race for the Democratic presidential nomination.

Analyzing the resolution, the Food & Environment Reporting Network said, “One section of the resolution addresses agricultural production, calling for 'working collaboratively with farmers and ranchers in the United States to eliminate pollution and greenhouse gas emissions from the agricultural sector as much as is technologically feasible,' including by 'supporting family farming,' ''investing in sustainable farming and land use practices that increase soil health,' and 'building a more sustainable food system that ensures universal access to healthy food.”

Rob Larew, senior vice president of public policy and communications for the National Farmers Union, says the organization understands “the need for action on climate change,” adding “NFU stands ready to work with Congress” to ensure that any federal legislation recognizes “what’s at stake for farm families and rural communities.”

Other groups questioned just what exactly the impacts of the proposal would include. Colin Woodall, National Cattlemen’s Beef Association Senior Vice President, Government Affairs said, “Unfortunately, many of these proposals are often lacking in specifics, which makes it very hard for us to develop substantive responses.”

“These are very straightforward questions that any concerned citizen or reporter should be asking anyone who proposes new climate-change policy,” Woodall concluded. “What specifically are you proposing, how much will it cost, how much will it affect global temperatures down the road, and how did you arrive at those numbers? Seems like anyone who is proposing billions or trillions of dollars’ worth of policy changes should be happy to answer those questions. Yet for some reason, few currently are.”

Woodall pointed out that U.S. beef producers have already made a great deal of progress on environmental issues like climate change, such as producing the same amount of beef with 33 percent fewer cattle, compared to 1977. Woodall also pointed out that beef producers in the U.S. now have one of the lowest carbon footprints compared to many of their worldwide counterparts – now producing only 2 percent of all carbon emissions in the United States.