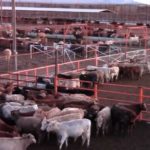 According to Food Safety News, a total of 54 people from six municipalities have fallen ill after consuming meat contaminated with Clenbuterol, a beta2-agonist used as a food additive in some livestock feed to promote muscle mass and meat yield. The practice is illegal in the U.S. and Europe.

“Allowing contaminated meat into our borders is unacceptable for a nation that prides itself on producing the highest quality, most sustainable, and safest beef in the world.

Miller said that USCA strongly recommends increased inspection protocols for all beef and cattle imported from Mexico until confidence can be restored in the safety of Mexican beef products.  An analysis last year by a Mexican university found that out of 106 beef samples, 52 tested positive for Clenbuterol residue. The residue quantities exceeded the maximum limits by the Codex Alimentarius.

In 2019, Mexico shipped 86% of its beef exports to the U.S., making them the third-biggest beef supplier to the United States. Miller says that, “With the loophole created when mandatory country-of-origin labeling for U.S. beef products was repealed, meatpackers are now able to import foreign beef from places like Mexico and Brazil, have that product undergo a “significant transformation” within our borders, and then claim the “Product of the U.S.A.” label. This means that it is more than possible that meat contaminated with Clenbuterol can wind up in product packaged with a “U.S.A.” label and end up sickening U.S. citizens.”

“We ask that APHIS and FSIS seriously evaluate the public health risks associated with importing beef and meat from Mexico, including conducting an equivalence verification to ensure that Mexico is still maintaining a regulatory food safety inspection system that is on par with the United States’.”