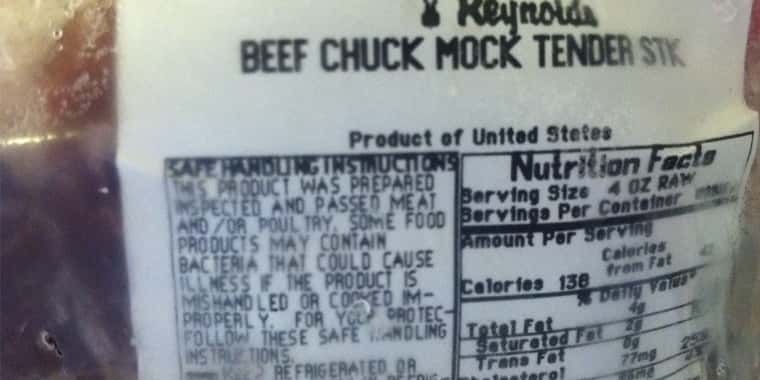 Organization says that nothing is official until the WTO releases its report.  That's expected in September.

The following is a press release from the USCA:

“An article has been published relating unsubstantiated rumors from unnamed sources that the WTO has ruled against the U.S. in the trade dispute over U.S. COOL.  It is notable that this article emanated from Ottawa and, of course, occurs before the public has any opportunity to know what the panel decision says.  The WTO report is not scheduled to be released publicly until September.  Until the WTO report is released, articles like this one are based merely on the claims of unnamed individuals and, in my opinion, amount to irresponsible journalism.  USCA will not comment on a WTO panel decision that we have not received and is not yet in the public domain.”

“The intent of the United States is to comply with our trade obligations with regard to COOL.  The Department of Agriculture (USDA) and the U.S. Trade Representative have worked diligently to achieve that goal while implementing domestic law.  But it is important to remember that the process at the WTO does not end with the panel report.  All parties (the U.S., Canada, and Mexico) have the right to appeal any issues decided by the panel that they perceive to be adverse to their interests.  Presumably, one or more of the parties will pursue an appeal if the panel decision is against their views of WTO rights and obligations.”

“COOL supporters can be assured that USCA is following this closely and will respond appropriately when a decision is publicly released.  We have full confidence in the actions that USDA undertook, at the end of the first set of challenges, to address underlying concerns.  We expect the U.S. will have been vindicated.  To the extent the panel finds any problems with the revised U.S. regulation, we are sure the U.S. will review its options, including taking an appeal to the WTO Appellate Body.”

Established in March 2007, USCA is committed to concentrating its efforts in Washington, D.C. to enhance and expand the cattle industry's voice on Capitol Hill.  USCA has a full-time presence in Washington, giving cattle producers across the country a strong influence on policy development.  For more information go to www.uscattlemen.org