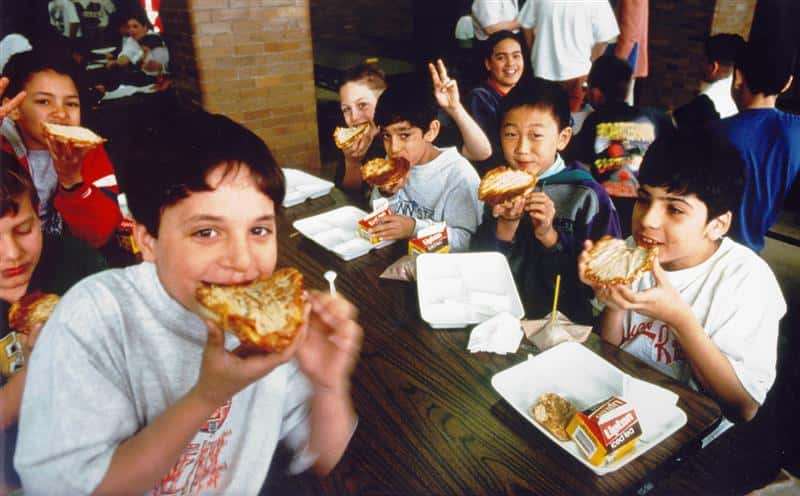 The future of the school meal changes and the allowance for potatoes in the WIC program remains uncertain. The House Agriculture Appropriations Subcommittee also changed the school meals and WIC potato rules in slightly different ways, but the Obama administration remains vigorously opposed to making changes to easing nutrition requirements in school meals or allowing white potatoes to be purchased in the WIC program.

The business meeting was the first bill markup of the year for the Senate Appropriations Committee. Chairwoman Barbara Mikulski, D-Md., noted the committee was starting its markups a month earlier than last year and said she is determined to move some bills to the floor in June and get to conference.

The overall bill provides $20.575 billion to fund the Agriculture Department, the Food and Drug Administration and related agencies.

Sen. John Hoeven, R-N.D., had said he would offer an amendment to grant relief to schools from some of the requirements of the Healthy, Hunger-Free Kids Act, but instead reached a compromise with Sen. Tom Harkin, D-Iowa, on a school meals amendment. Harkin's amendment includes Hoeven's proposal to stop USDA from requiring a further reduction in sodium contained in federally reimbursed meals and snacks “until scientific research supports the reduction for children.”

It also requires USDA to report to Congress within 180 days on whether there is an acceptable range of whole grain products currently available to allow schools to plan menus that are compliant with whole grain requirements that go into effect on July 1 and to identify alternative products if they are not available.

Hoeven signed on as a co-sponsor of the Harkin amendment, but said he also wanted to address schools' cost concerns.

Hoeven considered offering an amendment to require USDA to provide waivers for schools experiencing cost “hardship.” He pointed out that his amendment would be product-specific and was not “a blanket waiver.”

But Harkin opposed that idea, asking, “Are we saying now we have to feed our kids more junk food because it is cheap?”

Hoeven agreed not to offer the amendment after Harkin and Senate Agriculture Appropriations Subcommittee Chairman Mark Pryor, D-Ark., agreed to work on report language on that issue.

The 2014 USDA spending bill urged USDA to offer waivers to schools that said they were having trouble implementing the new standards, but Agriculture Secretary Tom Vilsack said the law prevents him from exempting schools from nutrition standards. In reaction, the House Agriculture Appropriations Subcommittee's version of the 2015 bill contains a provision to allow schools that say they have lost money on their meals programs for six months to get a one-year waiver from the healthy meals requirements.

Sen. Mark Begich, D-Alaska, also said it is important to take “affordability” into account because some schools in his state are struggling to afford the required foods.

The School Nutrition Association said it supports the Harkin-Hoeven amendment “as a positive first step” but “would have liked to see the Committee go further in addressing the challenges that school nutrition professionals face every day.”

The committee also passed an amendment offered by Sen. Susan Collins, R-Maine, and Sen. Mark Pryor, D-Ark., to stop USDA from excluding white potatoes from the WIC program. But the amendment was a compromise compared to the measure passed in the House bill. It would stop USDA employees from enforcing the current ban on white potatoes in WIC immediately.

But it also tells USDA to begin a review of the nutrient value of all fruits and vegetables within the WIC program within 90 days and when that review is complete to follow the scientists' conclusion.

Collins said USDA had not followed the latest dietary guidelines in enacting the ban and noted that WIC participants can buy potatoes at farmers' markets.

Harkin bitterly opposed the amendment, saying it would be the first time that Congress has interfered with the scientists' recommendation for the WIC program. Harkin also said the potato purchase plan at farmers' markets is a small program that had been put in at the insistence of the potato industry. The measure passed on a voice vote, but Harkin noted that he wanted his opposition to be part of the record.

Sen. Patrick Leahy, D-Vt., praised Pryor for working with Collins on a compromise.

“Pryor knew this had the potential to become a hot potato,” Leahy said.

The committee also passed an amendment sponsored by Sen. Mary Landrieu, D-La., to ban inspection of facilities that slaughter horses for meat. Landrieu argued the inspections would only lead to the export of horse meat from animals that had been fed drugs that are banned for human consumption.

The vote was 18 to 12 over the bitter opposition of Sen. Mike Johanns, R-Neb., who said the ban would only lead to cruelty to horses because they would be shipped to Mexico for slaughter.

The committee also passed an amendment sponsored by Johanns and Leahy to shift $35 million from commodity purchases under the Food for Peace Title II program to another U.S. Agency for International Development account that Johanns said could allow USAID to feed an additional 200,000 of “the most desperate people on the face of the earth. It is about survival.” Johanns noted that farm groups opposed it because they want USAID to purchase commodities in the United States. The vote was 16 yes to 14 no.

Finally the committee passed an amendment offered by Sens. Lisa Murkowski, R-Alaska, and Mark Begich, D-Alaska, to require the Food and Drug Administration to label any genetically-engineered salmon it allows to be sold.

Murkowski argued that biotech salmon is different from crops because the salmon would be the first genetically-engineered fish.

Johanns called the proposal “another attempt with another product to frighten people” but it passed on a voice vote. Begich noted that a similar measure in last year's Senate bill was dropped out in conference and said he hoped it would stay in this year.