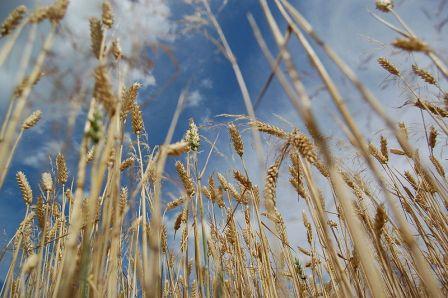 Both Crop Production and World Agricultural Supply and Demand Estimates will come out at 11 a.m. CDT Tuesday.

OMAHA (DTN) — USDA's August report is always a wildcard, with the government having the ability to make large changes to previous estimates on the claim of first survey data. USDA will release its latest Crop Production and World Agricultural Supply and Demand Estimates (WASDE) reports at 11 a.m. CDT Tuesday.

As for the market's view, the new-crop forward curve has seen its carry strengthen to increasingly bearish levels. The December-to-July spread is showing a carry of about 28 cents, the strongest this relationship has been since the spread began trading.

Is it possible USDA could raise national average yield to the pre-report estimate of 170 bpa? Absolutely. Again, this is the one report where it makes the most sense. An interpretation of weekly NASS crop condition numbers results in an average yield of 176.2 bpa, well above the high-end of pre-report estimates of 173.0 bpa. However, the corn market remains sharply oversold technically, meaning it is also possible that whatever comes out of the August reports could be viewed as the most bearish numbers seen this marketing year.

Soybeans: The increases in 2014 yield and production from July aren't expected to be as dramatic for soybeans as they are for corn. Pre-report estimates for ending stocks actually show a decline of 6 mb to 409 mb. There are at least two possibilities as to why: 1) Old-crop ending stocks were over-estimated in July thanks to the drop in residual use to 69 mb; and/or 2) New-crop demand could be increased in August.

Either way, the market seems to be in agreement with the new-crop forward curve holding at a neutral level of carry despite ideas of record production. Still, regardless of what USDA has to say Tuesday, it might be hard for soybeans to rally if corn numbers come in as expected. Add to that 2014-2015 global ending stocks of 86.1 mmt, up from July's WASDE figure of 85.3 mmt, and long-term market bulls may finally fold.

Technically, November soybeans are sharply oversold and leaning toward the establishment of a possible bullish signal on the weekly chart. On the other hand, the long-term monthly chart shows plenty of room underneath the contract until it tests major support between $9.91 1/2 and $9.28 1/4. A sell-off into this price range could happen quickly depending on how big Tuesday's production numbers turn out to be.

Wheat: The question for wheat, as another USDA report approaches, is can its luck finally change? Technically the market has established bullish signals, while the carry in the Chicago futures spreads is quickly being whittled away. Why the sudden change in attitude toward a market that has had few friends over the last number of years? It's quite possible the market's fundamentals are not as bearish as thought.

The wildcard that could be played in wheat's favor, though, is the uncertainty over production in the European Union. The August WASDE number may not stray far from the July estimate of 147.9 mmt, though traders have it set in their minds that damage is being done by ongoing rains and refuse to acknowledge the government's outdated number. In the chaos that is expected to ensue after the release of the reports, wheat might just be lucky enough to find support from noncommercial short-covering.

Editor's note: Join DTN Senior Analyst Darin Newsom at 12 p.m. CDT on Tuesday for a discussion on the latest USDA reports and what the numbers might mean for the markets. Sign up now at: www.dtnpf.com/promo/webinars.