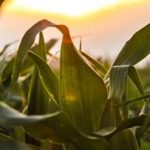 Much of the U.S. is or has been experiencing an increase in temperature, and Europe will feel it as well.

A broad area of high pressure is leading to dry and hot conditions across most of the western and northern portions of Europe this week, causing temperatures to reach well above normal thresholds and in some cases shattering records. Maxar’s Weather Desk is forecasting Paris, France to hit 40C, (104F).

“This time the large ridge of high pressure is influencing areas from Scandinavia into the Iberian Peninsula,” said Matthew Dross, Maxar’s European Meteorologist. The forecast high temperature in Frankfurt, Germany is expected to peak 37C (99F) late this week and Brussels is set to peak at 38C (100F) on Thursday.

On the agricultural side, the heat will cause significant stress on various crops, particularly corn and sunflowers. These crops are in the reproductive phase of growth and there is a high likelihood the hot temperatures will produce yield reductions. DTN also says this heatwaves comes at a crucial time in the European corn growing season. The stress will also be compounded by the significant dryness that is occurring. The combination of the heatwave last month, as well as this week’s event, will likely cause lower wine production for France versus last year.

As for its impact on U.S. agriculture, the heat could burn out European crops opening the opportunity for exports or increased prices. France is one of the United States’ competitors in exporting wheat and in recent weeks has priced them out, taking some business. If their yields are reduced their customers may have to look for another option. DTN says the heat wave in western Europe is interesting, but the mostly favorable outlook for world wheat production in 2019 remains bearish for wheat prices.

The late corn planting in the United States has many wondering if we’ll have to import corn to keep up with demand. If corn growing areas across Europe don’t have a good corn crop this could elevate domestic corn prices. This is somewhat concerning as the U.S. is already being priced out of the market by cheaper South American corn.

The market will continue to fluctuate and watch these global weather patterns as the corn and sunflower growing season continues and wheat harvest moves on.