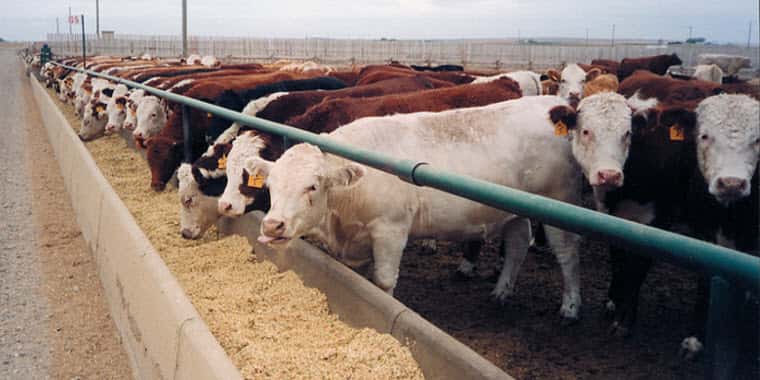 Yet Another Lawsuit Filed Against Beef Packers

The four largest beef packers in the country are facing yet another lawsuit claiming that they have violated antitrust laws.

This most recent lawsuit was filed by a California food distributor, Pacific Agri-Products Inc. The suit, which was filed in the 8th District Court in Minnesota, alleges that Tyson Foods, JBS USA, Cargill and National Beef Packing as well as Marfrig Global Foods and Swift Beef Co. conspired to cut supplies and artificially raise the price of beef, consequently raising their profits over the last 4 years.

The first suit against the packing companies was filed in April of 2019 by R-CALF USA, which alleged that the packers conspired to depress the price of fed cattle in the U.S. Following that suit, the same 4 packers were accused of a similar price fixing scheme in a consumer class action lawsuit. The plaintiffs in that case claimed consumers who bought any beef products from those companies, should be entitled to reimbursement because the packers forced consumers to pay inflated prices.

In July, the Federal District Court in Minnesota ruled that three lawsuits were to be consolidated into a single suit. The initial R-CALF action was designated that as the lead case file.

The plaintiff is suing on behalf of all organizations or individuals that purchased beef directly from the packers from 2015 on. This is the first class-action case brought against the beef companies on behalf of wholesale distributors.

Similar price-fixing lawsuits have been brought against the leading pork processing companies recently, which also includes Tyson and JBS, but those were dismissed by the federal court.

Pacific Agri-Products pointed to the closure or reduction of processing capacity of 11 plants from 2013 to 2015. The complaint says that, “Collectively, these closures reduced the industry’s annual slaughter capacity by millions of cattle per year.” With reduced kill capacity and increasing fed cattle supplies, packer leverage over the cattle feeder became very strong, resulting in record large packer profits.

The packing companies cite dwindling cattle supplies as the reason for reducing their processing capacity. The U.S. beef cow inventory fell from almost 34 million head in 2000 to a low of 29 million head in 2014. Following the expansion of the last 5 years, the herd has rebounded to almost 32 million.

Cargill, Tyson Foods, JBS USA and National Beef control over 80 percent of the nation’s processing capacity and supply to the whole sale market, which the complains says “allowed for the conspiracy to occur, continue and prosper.”

A lot of focus has been placed on the beef packing segment this fall, when a fire at a Tyson plant in Kansas shuttered the facility. The fire caused a substantial drop in cattle prices and large rise in wholesale beef values, which resulted in record profits near $500 per head. Since then the market has calmed down with fed cattle prices rebounding and packing margins receding back to around $260 per head.

However, the outcry from ranchers and cattle feeders caused USDA to announce an investigation of the beef packing margins in late August. No results or timeline has since been revealed on the investigation.

The three consolidated antitrust complaints will be heard in January of 2020. It’s unclear whether the most recent suit will be added to those cases. Other distributors may join in and file similar suits while the industry waits for the next steps.

Bill Introduced to Keep Foreign Beef from Receiving “Product of the U.S.A.” Label