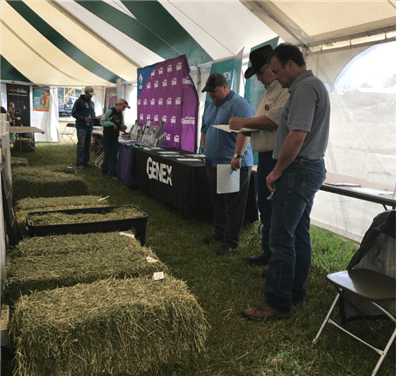 On Tuesday August 15th, the Wyoming State Hay Show Judging was held during the State Fair in Douglas. This year a new format and restructuring of hay classes for the Wyoming State Fair Hay show was a great success according the Scott Keith the Hay Show Superintendent. With 40 hay entries this year, it is a brand-new show.

With the changes, it helps place the high-quality Wyoming hay into a category that fits the needs of the local market place. From selling hay to dairies, the equine and livestock industries.

Winners of the Wyoming Hay Show will now compete at the World Dairy Expo in Madison, WI.