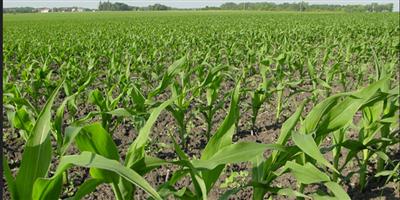 A report summary from the Economic Research Service.

Farmland plays a unique and important role in agriculture. Farm real estate (including land and the structures on it) accounts for over 80 percent of farm-sector assets. Farm real estate values reached record highs in 2015, driven by high net cash farm income and low interest rates. However, farmland appreciation slowed considerably from 2015 to 2016, with some regions experiencing small declines, caused largely by falling commodity prices and farm income. For farmers, the effects of changing farmland values differ depending on the amounts of land they rent versus own. This study examines factors that influenced farmland appreciation in 2000-2016 and how this appreciation affected farms through changes in their equity.

What Did the Study Find?

U .S . farmland values appreciated quickly from 2000 to 2015 . Average per-acre farm real estate values (including the value of land and buildings) more than doubled, going from $1,483 per acre in 2000 to $3,060 per acre in 2015. Cropland appreciated faster than pastureland. In 2003-14, cropland values increased most in the Corn Belt, Northern Plains, Lake States, and Delta States. In 2015-16, these same regions saw lower land appreciation than other regions, even depreciation, reflecting the drop in commodity prices.

Farmland returns generally did not support farm real estate values in 2000-2016 . With the exception of two brief periods of high net cash farm income in 2003-05 and 2011-14, national-level farm real estate values in 2000-2016 were higher than economic theory would predict. However, when broken down by region and land use, farmland values varied significantly. Interest rates declined substantially over this period and played a major role in supporting farmland values by keeping borrowing costs low.

Farmland appreciation led to fewer financially stressed farms . Because of increasing farmland values, fewer farm businesses in 2000-2012 fit our definition of financially vulnerable (i.e., having both a debt-toasset ratio greater than 40 percent and negative net farm income). However, land value appreciation benefitted major owners (those who own more than 50 percent of their operated land) more than minor owners (those who own less than 50 percent of their operated land). Going forward, cash rental rates will play an important role in financial stress for operations that rent large amounts of land because rental rates tend to lag in adjusting downward as farmland returns decline.

How Was the Study Conducted?

The authors used data from the Census of Agriculture, which is administered every 5 years by USDA’s National Agricultural Statistics Service (NASS); national and regional data on cash rents and land values from the NASS Quick Stats web tool; and data from the annual Agricultural Resource Management Survey (ARMS) and the 2014 Tenure, Ownership, and Transfer of Agricultural Land (TOTAL) survey, which are jointly administered by NASS and USDA’s Economic Research Service (ERS). The report also updates and expands upon a 2012 ERS report (Nickerson et al.) that examined trends in land values through 2010, including macroeconomic and parcel-level factors that affected land values, and whether farm earnings supported land values. The current report examines more recent trends in farm earnings and land values through 2016. It also examines the effects of changing land values and equity on financial stress and decisions to purchase or rent additional land.