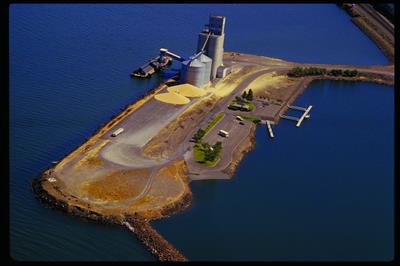 On April 5, 2018, the Brazilian Supreme Court ruled that Luiz Inacio Lula da Silva, the former president of Brazil and the leader in the 2018 presidential election polls, must be jailed after losing his first appeal of being convicted for bribery in July 2017. By a narrow 6-to-5 margin, the Brazilian court ruled to uphold a 2016 law that enabled defendants to avoid being jailed while waiting for the full appeals process to take place. The result of this decision—and subsequent jailing of da Silva—is that the polls leader would no longer be able to run for the Brazilian presidency.

While this story may seem quite peripheral to the flurry of events happening in the United States, this could have important implications for the long-term outlook for U.S. agricultural commodities. The Brazilian Workers’ Party, of which da Silva was the leader, has a platform that increases the role of the state and social programs. Consequently, da Silva has been ranked as being relatively unfriendly to open-market policies and has proposed protectionist policies. Now that da Silva has been restricted from running, the presidential field is wide open with no clear front-runner. Many analysts believe that, as a result, the most likely outcome is a “boring centrist.”

Boring or not, the most likely centrist candidates to win the Brazilian elections are Geraldo Alckmin and Henrique Meirelles, both of whom are rated as being highly market-friendly. As such, both of the candidates are particularly open to privatization and trade openness. But what does this all mean for U.S. agricultural producers?

In the wake of increased trade policy uncertainty in the United States—related to the renegotiation of the North American Free Trade Agreement (NAFTA), recently enacted Chinese tariffs on some U.S. agricultural products, and the threat of even larger tariffs on one of the largest exported products (soybeans)—major buyers of U.S. commodities have begun to search for and secure alternative long-term agreements. A Brazilian election of a centrist president who may enact trade-friendly policies could help Brazil’s agricultural sector emerge as an even larger competitor to the United States (in 2016, the United States represented 44{665a3d7248b9690333c4195c142b942e2311c5bd36bcf4da0d19dbcb5cbdf347} of the worlds soybean exports, while Brazil was the second-largest exporter accounting for 37{665a3d7248b9690333c4195c142b942e2311c5bd36bcf4da0d19dbcb5cbdf347}).

In fact, there is already market signals that this may be happening. Chinese importers have already begun to look to Brazil, Canada, and Russia for alternative sources for soybeans. Additionally, the value of the U.S. dollar has strengthened over the past five years (and remained relatively stagnant over the past three years) relative to the Brazilian real, implying that soybeans would be relatively cheaper to buy from Brazil than from the United States. And, reports immediately following the threat of Chinese 25{665a3d7248b9690333c4195c142b942e2311c5bd36bcf4da0d19dbcb5cbdf347} tariffs on U.S. soybeans indicate that almost immediately, price premiums for Brazilian soybeans rose 37{665a3d7248b9690333c4195c142b942e2311c5bd36bcf4da0d19dbcb5cbdf347} relative to the Chicago Board of Trade soybean futures prices, signaling market expectations that the demand for Brazil’s products will increase.

And while an argument can be made that short-run market reactions may not be indicative of long-run ramifications, the relatively obscure early-April ruling by the Brazilian Supreme Court may actually lead to short-run responses having long-term consequences. If an elected centrist Brazilian president enacts policies that enable Brazilian exporters to capitalize on the global trade uncertainty created by recent geopolitical actions in the northern hemisphere, a major shake-up in the global agricultural commodity marketing landscape is not inconceivable.

Dr. Anton Bekkerman is an associate professor in the Department of Agricultural Economics and Economics at Montana State University, joining the faculty in 2009 after completing his PhD at North Carolina State University. Bekkerman's primary areas of research are grain marketing, basis and price forecast modeling, understanding how grain prices are affected by changes in supply chain infrastructures and quality demands, and analyzing the economic trade-offs of adopting alternative dryland cropping systems in Montana. One of his current projects is an investigation of how new grain loading technologies are affecting prices that Montana farmers receive for their wheat. Bekkerman is also examining the economic impacts that Montana's rapidly expanding dry pulse industry will have on the state's crop industry.