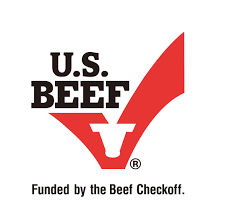 “R-CALF members, including those in Montana, Indiana, Kansas, Nebraska, Nevada, New York, Pennsylvania, North Carolina, South Dakota, Texas, and Wisconsin, object to being required to turn over their hard-earned money to fund private speech with which they disagree and cannot influence”, reads the  supplemental pleading in the case filed today.

This week Northern Ag Network talked with R-CALF USA CEO Bill Bullard about their decision to add 13 additional states to their ongoing lawsuit against the USDA and the Beef Checkoff Program.

The Beef Checkoff is a federal tax that compels producers to pay $1 per head every time cattle are sold, half of which is used to fund the advertisements of private state beef councils, like the Montana Beef Council. The Montana Beef Council is a private corporation whose members include representatives of the largest multinational beef packers, and the USDA has admitted as much over the course of this litigation. Public Justice is lead counsel in this constitutional challenge.

“The checkoff program has weakened the U.S. cattle industry by helping importers capture a greater share of our domestic market, and now the courts have found that USDA facilitated this by violating the constitutional rights of cattle producers. It is imperative that we proceed to protect the constitutional rights of cattle producers in these other states by stopping USDA from forcing them to fund private speech that undermines their financial and economic interests,” said R-CALF USA CEO Bill Bullard.
Montana’s Beef Council, for example, promotes the message that there is no difference between domestic beef produced under U.S. food safety laws and beef produced in foreign countries. It has paid for advertisements for the fast-food chain Wendy’s, for example, to promote hamburgers that use North American beef, meaning beef that can come from anywhere on the continent, but not necessarily Montana or even the United States.

“Our side in this fight has the momentum, and we are using it to help bring relief to ranchers in these thirteen states who are currently being compelled to subsidize the speech of multinational corporations regardless of their wishes. Today’s supplemental pleading is the next step towards reform of the nation’s entire Beef Checkoff system that has become a tool for corporate consolidation and control, harming independent farmers,” said Food Project Attorney David Muraskin, lead attorney in the case.

In addition to Muraskin, R-CALF USA is also represented in its checkoff case by J. Dudley Butler, of the Farm and Ranch Law Group, and Bill Rossbach of Rossbach Law, P.C. in Missoula, Montana.

The National Cattlemen’s Beef Association (NCBA) is fully committed to the Beef Checkoff Program and the state beef councils who carry out necessary demand-building programs on behalf of the industry. For more than 50 years, state beef councils have been the cornerstone of beef promotion, enjoying widespread support from the vast majority of the beef producers who invest in the Beef Checkoff.

This week’s attack by R-CALF and its activist partners on 13 additional state beef councils is nothing more than an attempt to broaden the damage they have caused in Montana. There they have already weakened the producer-directed programs that support beef demand and divided neighbors in a manner that undermines the best interests of the entire beef community.

Although NCBA is not a party to the litigation, the association’s support for the Beef Checkoff is unwavering. We will stand with the state beef councils and help defend them against the attacks being orchestrated by R-CALF and its activist allies, who are aligned with the Humane Society of the United States and other anti-agriculture organizations.