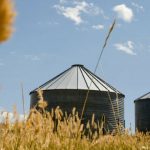 The plan’s goal is to give young people more options to “live, work, and raise the next generation in rural America.” One of the ways he plans to support beginning farmers is by expanding the Obama Administration’s microloan program for new and beginning producers, doubling the maximum loan amount to $100,000. The plan would also increase funding for the USDA’s farm ownership and operating loans.

The plan seeks to pursue a trade policy “that works for American farmers.” That includes standing up to China to “negotiate the strongest possible position.”

Biden also wants to partner with farmers to make American agriculture first in the world to achieve net-zero emissions, giving farmers new sources of income in the process. His plan also pushes for promoting ethanol, including investing $400 billion in clean energy research.

The plan also calls for stricter application of antitrust laws by strengthening enforcement of the Sherman and Clayton Antitrust Acts and the Packers and Stockyards Act.

Biden says his administration would also help foster the development of regional food systems by partnering with small and mid-sized farmers to help them create supply chains to deliver fresh produce and other products to schools, hospitals, and other major state and federal institutions, including the Defense Department.

The plan also discusses re-investing in land grant universities’ agricultural research by bolstering funding for the Sustainable Agriculture Research and Education Program and the National Institute of Food and Agriculture. The Biden campaign says farmers need new technologies to compete in world markets while protecting soil and water. These new technologies, they say, should be developed and owned by the American people, not private companies who can use patents to expand profits.