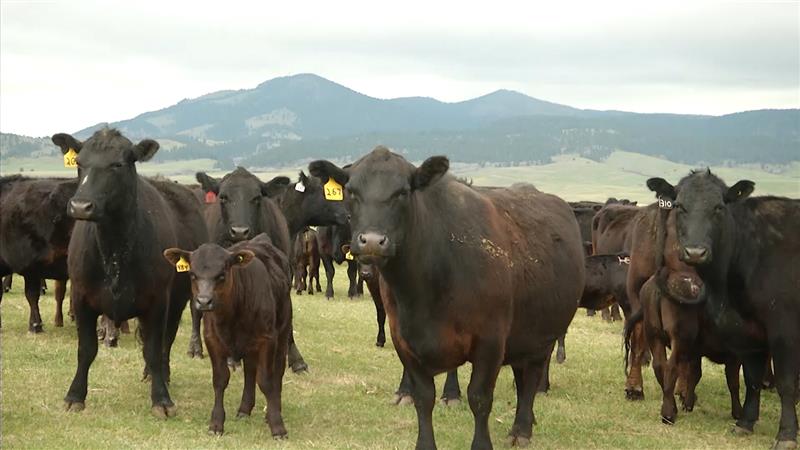 Cattle Numbers Expected to be Supportive of Prices in 2021

Feedlot dynamics have made it a challenge to determine exactly what is going on in fed cattle markets.  Monthly feedlot placements have varied from 23 percent down year-over-year in March to 11 percent higher year-over-year in July, to 11 percent below one year ago in October.  For the January-to-November period, total placements are down 4.4 percent year over year.  In the last six months, which would include the majority of current feedlot inventories, placements are 0.5 percent above the same period last year.

Flows of cattle through feedlots should begin to show more consistent tightening in 2021.  The beef cowherd was at a peak in January 2019 and led to a 2019 calf crop that was down 0.7 percent from the 2018 peak calf crop.

The estimated feeder cattle supply on January 1, 2020 was down 0.4 percent from 2019 levels.  The estimated 2020 calf crop in the July Cattle report is down another 0.7 percent from 2019.  The July estimate of feeder cattle supplies was up slightly but was likely pushed higher due to the intra-year dynamics of feedlot placements.  Current estimates suggest that the total calf crop in 2020 is 513,000 head smaller than the peak in 2018.

USDA will be providing estimates on January 29, 2021 regarding cattle inventories going into 2021.  The data available at this time provides mixed signals about how herd inventories have changed in 2020.

Cowherd changes depend on both heifer retention and cow culling.  On January 1, 2020, the number of beef replacement heifers was 18.4 percent of the beef cow inventory.  This was down from the peak retention in 2016 of 21.0 percent, when herd expansion was in full force.

Herd dynamics can impact short term cattle slaughter and beef production.  Herd liquidation will maintain higher slaughter rates for a time, even as cattle numbers are declining.  Total female slaughter (heifers plus cows) is an aggregate indication of herd dynamics.  For example, in 2016, active herd expansion resulted in female slaughter of 43.6 percent, the lowest level since 1973.

Heifer slaughter as a percent of the cow inventory is not low enough to suggest herd expansion nor large enough to suggest significant liquidation.  Taken together, the various heifer data seem to suggest mostly steady heifer retention, which could support a 2021 herd inventory either side of unchanged from 2020 levels.

In total, the most likely scenario appears to be a beef cowherd on January 1, 2021 in the range of unchanged to down one percent year-over-year.  This would continue the slow slide in cattle numbers and general tightening of cattle and beef production in the coming year.  Total 2021 cattle slaughter is forecast to be down about one percent leading to a year over year decrease in beef production of 1-2 percent.

Herd dynamics in 2021 could affect these forecasts.  If herd liquidation should accelerate, the short-term impacts would be an increase in cattle slaughter due to more heifers and cows in the slaughter totals.  Conversely, should the industry move to expand cattle inventories, cattle slaughter would be reduced with fewer heifers in feedlots and fewer cows culled.  There is potential for either scenario.

The cattle inventory trajectory in 2021 will depend on numerous factors including control of the pandemic, U.S. macroeconomic conditions, global protein markets, drought conditions, and feed prices, among others.

Total cattle slaughter is down 2.8 percent thus far in 2020 and is expected to decline again in 2021.  With herd inventories continuing to drift lower, total cattle numbers should be generally supportive of cattle prices in 2021.