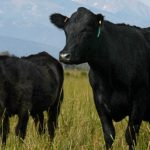 It’s also the fastest-growing import market, topping a million metric tons for the first time last year, up 50% from 2017. Value climbed higher by 56%, just shy of $5 billion. China is on track for an even higher rate of growth in 2019, with volume and tonnage for the year up 57% and 60%, respectively.

Notably absent from the sources of Chinese beef imports are North American beef exporters.  About 2% of Canadian beef exports move to China while China accounts for less than one percent of U.S. and Mexican beef exports.  Hong Kong is an important export market for Canada (6% of exports); the U.S. (10%) and Mexico (4%).

Numerous factors account for the lack of U.S. market share in China.  Despite receiving access to the Chinese market in 2017, U.S. beef exports have shown almost no growth.  This is partly due to the need to develop markets in China for higher quality/more expensive U.S. beef.

Destined to be a lengthy endeavor, this process has been completely interrupted by the trade war and the additional tariffs currently in place in China for U.S. beef.  Restrictions on production technology allowed in beef exported to China (implants, beta agonists, etc.)  mean that the supply of U.S. beef available for the Chinese market is limited.  The U.S. is currently caught in a chicken and egg situation of not having much supply for the Chinese market and not having enough market potential to warrant increased production to meet Chinese demand.  Nevertheless, it is important for the U.S. to participate in the growing Chinese beef market.  At current levels, if the U.S. could achieve a 10% market share of Chinese beef imports, it would add over 11% to total U.S. beef exports.