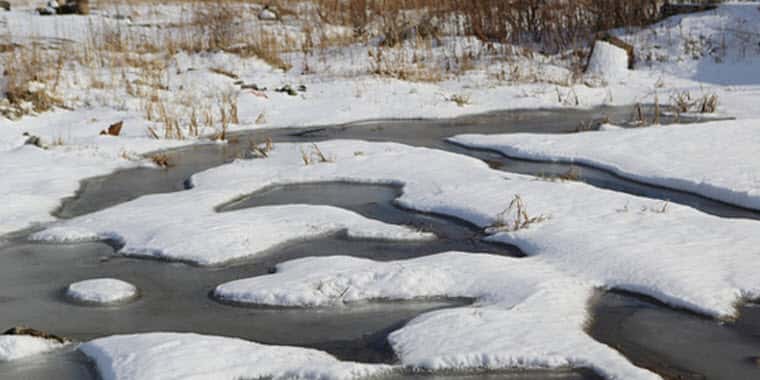 Congressman Cramer: “Kill This Rule Once and for All”

Recently, Congress sent to President Obama’s desk legislation that overturns the Waters of the United States (WOTUS) rule. This rule is an effort by the Environmental Protection Agency (EPA) to significantly expand federal jurisdiction over virtually all waters and wetlands in the nation.

Our vote in the House of Representatives January 13  approved S.J. 22, a joint resolution of disapproval that had been passed by the Senate in November.  Under the Congressional Review Act, Congress can overturn an agency’s rule if a joint resolution of disapproval is passed by both chambers and signed by the President.  S.J. Res. 22 would vacate the rule and prohibit the issuance of any new rule substantially similar to the WOTUS rule published in June 2015.

Less than a week later on Tuesday, (January 19,) the President vetoed the resolution.  WOTUS is opposed by a bipartisan coalition in both the House and Senate.  We believe it is an example of how the Obama Administration is sidestepping the will of Congress and imposing its extreme environmental agenda through executive order and agency rulemaking.

Two years ago in March the EPA and Army Corps of Engineers released their proposed rule to grant the government unprecedented regulatory authority over nearly all bodies of water. This includes small ponds, creeks, ditches, and other occasionally wet areas, including those found on private property. In both the 2001 and 2006 cases, a plurality of the U.S. Supreme Court ruled against the EPA’s broad interpretation of the WOTUS. Legislation to establish far reaching authority on federal jurisdiction under the Clean Water Act was attempted, but stalled in the 107th, 108th, 109th, 110th and 111th sessions of Congress.

But not to be deterred by defeats in previous Congresses and Supreme Court rulings, the Obama Administration has refused to let go of this unconstitutional power grab.  The final rules published by the EPA last June threaten the livelihood of producers and businesses across North Dakota and the region.   They also significantly undermine the role of the states as partners and co-regulators of the nation’s waters.

I have been one of the most vocal critics of this rule because of how punitive the impacts of these far reaching regulations would be on North Dakota producers and businesses. Much of our land is used for agriculture production and yet, our state has not drained its significant wetlands.  In addition to feeding a hungry world, this has made North Dakota critically important as one of North America’s premier prairie pothole regions. Our agriculture producers have been good stewards of the land and have helped maintain these crucial wetlands.  With these WOTUS regulations in place, every puddle, stream and ditch in the state could be subject to federal regulations, creating unneeded obstacles for producers and small businesses.

The EPA has been deceitful throughout the process of developing this rule.  It was charged by officials at the Corps of Engineers with manipulating data to support the rule.  The EPA did not comply with the Regulatory Flexibility Act and complete the required study on the impacts this rule would have on small business.  And the New York Times uncovered illegal activity by the EPA in using outside organizations to generate positive comments through social media which has since been confirmed by the Government Accountability Office.

Many others oppose this land grab as well, including national agriculture, business, energy, and property rights organizations concerned at how WOTUS threatens the livelihood of their constituents. For now, a temporary injunction issued in August by Judge Ralph Erickson and a nationwide injunction in October by the Sixth Circuit Court of Appeals has stalled the implementation of the WOTUS rule.

If the court challenges are not successful in preventing the implementation of this rule, I will work with my colleagues to kill this rule once and for all.