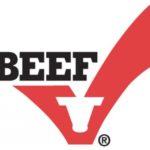 A big win for the beef checkoff and 15 state beef councils around the as the U.S. District Court ruled in favor of USDA and the Montana Beef Council in the case filed by R-CALF USA.

In his ruling in favor of USDA and the Montana Beef Council, Morris cited that USDA has entered into Memorandums of Understanding (MOU) with state beef councils that give USDA significant discretion to approve or reject any all promotional activities. Under the MOU’s state beef councils agree to submit to USDA for pre-approval any and all promotion, advertising, information and research plans and projects.

Each state beef council collects $1 from cattle owners for each head sold. Half of that dollar is sent to the national Cattlemen’s Beef Board to promote beef and the other 50 cents stays in the state to be spent on beef promotion, research and education, at the direction of the state beef council.

In 2016, R-CALF filed a complaint in Federal District Court against USDA and Ag Secretary Sonny Perdue. The group alleged that because some state beef councils are not elected or appointed by the government, they are not producing government speech. Therefore, R-CALF said, the state beef councils are private organization and cattlemen should not be required to fund private speech.

In June of 2017, Judge Morris granted R-CALF a preliminary injunction preventing the Montana Beef Council from collecting checkoff dollars, unless a cattle producer provides a prior affirmative consent authorizing the Beef Council to retain half of the producer’s assessment.  Consequently, if a producer did not provide a consent form, all of their checkoff funds went directly to the Cattlemen’s Beef Board.

The most recent ruling by the U.S. District Court was precipitated by summary judgment from a magistrate judge that also sided with USDA and the Montana Beef Council.

The National Cattlemen’s Beef Association praised the court’s decision with CEO Colin Woodall saying, “The foundation of the Beef Checkoff has always been state beef councils that collect checkoff funds and determine how those investments are used for research, marketing and promotion efforts in individual states. Those efforts are directed by the same cattlemen and cattlewomen who pay the checkoff, so this victory goes a long way toward ensuring they continue to direct those investments.”

Woodall emphasized that NCBA will continue to stand with state beef councils whose work is crucial to maintaining beef demand throughout the nation.

Montana Stockgrowers Vice-President Jim Steinbeisser who ranches in Sidney said that “This is great news and has been a long time coming. Who better to decide where checkoff dollars are spent then Montana ranchers and beef processors? It’s a great system and it’s shame that we’ve had to bypass it for so long.”

Steinbeisser said that the stellar consumer demand we see for beef today is a result of the work done by ranchers and the beef checkoff for over 30 years. “When the checkoff started, demand was just dropping steadily and chicken was kicking our butt. It took some time to kick in but when it, the checkoff really proved itself to be very effective.”

Steinbeisser said that we’re still getting a lot done with the checkoff, despite that one dollar buying a lot less today than it did when the checkoff started. He add that “We’ve got some other issues to work with that are outside of the checkoff, with our markets. But the checkoff has done an excellent job.”

R-CALF USA CEO Bill Bullard said they are disappointed but not surprised by the ruling. They are not satisfied that state beef councils will operate under the MOUs in perpetuity. Bullard is also concerned about the money that beef councils send to NCBA and the U.S. Meat Export Federation. He says those dollars and the speech they pay for are not accountable to the federal government.

It’s not yet clear if the Montana Beef Council will be able to suspend the consent form process for ranchers. R-CALF has 60 days to decide whether or not to appeal the court’s decision.