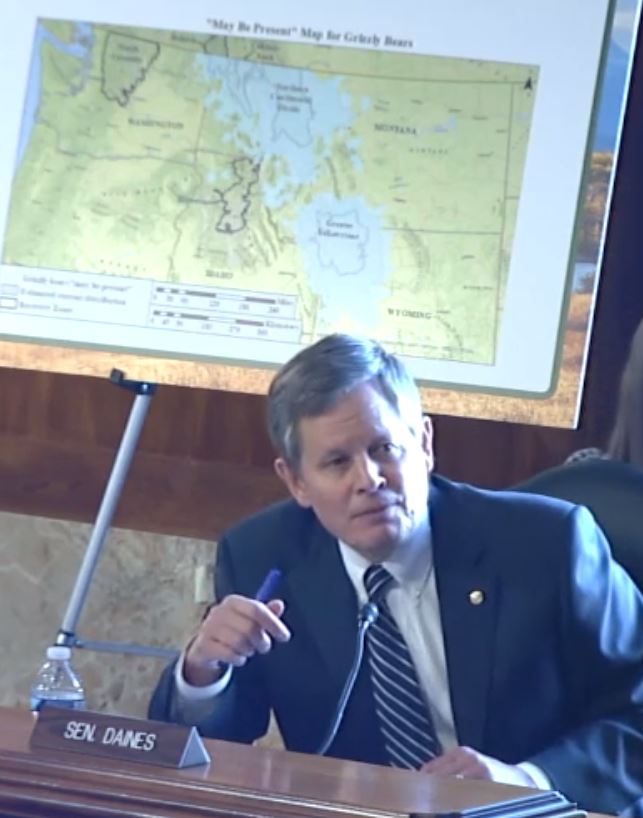 During a confirmation hearing before the Senate Committee on Energy and Natural Resources, Montana Senator Steve Daines and Wyoming Senator John Barrasso questioned Interior Secretary nominee Deb Haaland on the Endangered Species Act. In addition to the ESA, Haaland, a Representative from New Mexico, was asked by senators on the committee about the banning of oil and gas leasing on federal lands, the Keystone XL Pipeline and protecting access to public lands.

Senator Daines questioned Haaland on her views on wildlife management and about her own legislation providing federal protections of the grizzly bear in perpetuity. Haaland said that all delisting decisions should be based on science.

Daines informed Haaland that in the Greater Yellowstone Ecosystem (GYE), the grizzly bear recovery criteria is set at 500 bears and there are estimated to currently be 720 to 1,000 bears in the GYE. Daines referenced that in 2019, Haaland co-sponsored legislation that would provide federal protection for grizzly bears in perpetuity. He asked Haaland, why she sponsored that bill, when the science says the numbers are well above recovery targets.

Haaland responded, “I imagine at the time I was caring about the bears.”

When Daines asked why she felt management of the bears should not be returned to the states, Haaland said, “I would be happy to take a look at the issue, Senator. And if I can help with that issue, of course I would love to speak with you more about it.”

Following up on Senator Daines’ questions on the Endangered Species Act the next day, Senator John Barrasso asked Representative Haaland, “Will you commit to doing everything in your power to fight frivolous lawsuits and delist species that government scientists have concluded are fully recovered?”

Haaland responded, “I know the Endangered Species Act is important, as you said. If I’m confirmed I would seek partnerships with states, with tribes, with local communities to talk about this important issue.”

When pressed by the Ranking Member on the implementation of the ESA, Haaland said, “Sir, I will always follow the law.”

Following two days of hearings before the committee, Senator Daines announced that he will oppose Haaland’s nomination.

“This week’s hearing confirmed what I feared from Rep. Haaland’s record and our one-on-one conversation—she’s a hardline ideologue with radical views out of touch with Montana and the West,” Daines said. “Rep. Haaland opposes the Keystone XL pipeline and has called for a ban on fracking, the elimination of fossil fuels and no new pipelines. She refuses to commit to maintaining hunting, grazing, timber harvest and trapping on public lands. Her record shows she will ignore science on wildlife management and natural resource development and instead be tied to her far-Left ideology.”

“It’s no surprise she’s ranked as one of the top ten most liberal members of the U.S. House of Representatives,” Daines said. “The Secretary of the Interior should be a consensus-builder, with a pragmatic and well-balanced track record. I’m concerned Rep. Halaand will be unable to separate from her progressive agenda and support what’s best for Montana and the West.  I’m not convinced she’s committed to bringing diverse stakeholders together. Her hostile record towards energy, natural resources and sportsmen issues are very concerning. I will oppose her nomination, work to defeat it and urge my colleagues to do the same.”