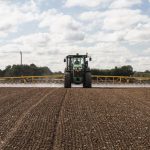 More changes could be ahead for glyphosate use in the U.S. after the EPA released a draft Biological Evaluation for the herbicide, which scrutinizes the pesticide’s potential effect on federally listed endangered species and designated critical habitats.

The agency determined that glyphosate is “likely to adversely affect” 1,676 listed species and 759 critical habitats, the vast majority of the species and habitats it considered. If this draft conclusion is finalized as is, EPA will have to loop in two other federal agencies — the U.S. Fish & Wildlife Service and the National Marine Fisheries Service — to figure out how best to protect these species and habitats in its registration decisions for glyphosate.

Ultimately, EPA’s draft biological evaluation for glyphosate determined that 93% of the endangered species it considered could be negatively affected by the herbicide, with plants accounting for more than half of them. The rest were mammals, reptiles, fish, amphibians, insects and other invertebrates. The agency also concluded that 96% of the critical habitats it considered could be at risk from the herbicide, as well.

At issue is how widespread glyphosate’s use is in the U.S., the agency noted in its executive summary of its draft biological evaluation.

“Glyphosate is one of the most widely used herbicides in North America,” the agency wrote, pointing out that between 2013 and 2018, farmers used approximately 280 million pounds of glyphosate on 285 million acres on average each year. The bulk of the use came in soybeans, corn and cotton fields. But consumer uses contribute to the herbicide’s ubiquity as well; on average, over 21 million pounds of glyphosate are applied to “non-agricultural sites” each year, the agency stated.

“The major transport routes off the treated area for glyphosate include runoff and spray drift,” the agency stated.

The agency’s findings mean glyphosate will have to undergo more reviews before its routine registration review, initiated in 2009, can be completed, most likely sometime in 2021, according to EPA estimates on its website.

For now, the agency has an interim registration decision on glyphosate out, released in January 2020, which includes some new label requirements.

But the agency’s conclusions on endangered species could mean more changes are ahead for the herbicide, beyond those listed in the January interim registration decision.

The EPA will accept public comments on its draft biological evaluation of the herbicide for the next 60 days. When these are reviewed, and its biological evaluation is finalized, if the agency still has determined all these endangered species and habitats are at risk, it will begin working with U.S. Fish & Wildlife Service and the National Marine Fisheries Service.

“The Services use the information in EPA’s final biological evaluation to develop their biological opinion to determine if the pesticide jeopardizes the continued existence of the species and whether there is adverse modification to its critical habitat,” the agency’s news release on this new evaluation stated. “If jeopardy or adverse modification is determined, the Services, with input from EPA, will propose protection measures. Protection measures could include seeking to change the terms of the pesticide registration to establish either generic or geographically specific pesticide use limitations if the agency determines that limitations are necessary to ensure that legal use of a pesticide will not harm listed species or their critical habitat.”

See more on the EPA’s draft biological evaluation, including links to comment on it, here: https://www.epa.gov/…