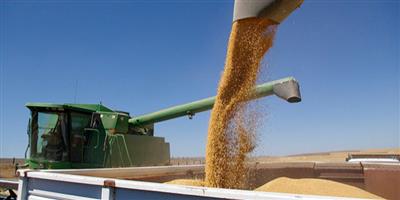 U.S. hard red spring (HRS) wheat exports are caught in the crosshairs of an ongoing trade dispute between the United States and the European Union (EU), to the detriment of U.S. farmers and EU customers alike.

Effective November 10th, the European Commission (EC) announced a 25 percent import duty on hundreds of U.S. goods, including bulk agricultural commodities like non-durum wheat. The tariffs, punitive in nature, are the latest in a long-running disagreement between the United States and the EU over state subsidies to airline manufacturers Boeing and Airbus.

The disputes date back to late 2019 when the Trump Administration hit the EU with import tariffs on $7.5 billion of goods following a World Trade Organization (WTO) ruling that Europe’s Airbus, Boeing’s main rival, received illegal subsidies between 2011 and 2018. The WTO authorizes punitive tariffs as retaliation to pressure a country to comply with a WTO ruling. In October 2020, the WTO determined Boeing had also received illegal subsidies, thus opening the door for the EU to hit the U.S. with import duties on $4.0 billion of U.S. goods.

The EU’s tariffs apply to all non-durum U.S. wheat entering the bloc. The tariffs have the biggest impact on HRS demand, the largest class of U.S. wheat sent to the EU besides durum. With the tariffs, HRS farmers lost competitive access to the EU, a considerable, consistent market. EU customers regularly import about 300,000 metric tons of HRS per marketing year, making the bloc a top-10 export destination for the Northern Plains wheat. The market disruption will also disrupt the routine of EU customers who have come to depend on the unique functionality of high protein HRS, unmatched by domestic varieties, for valuable products like holiday breads and pizza dough.

Unfortunately, there is no termination date scheduled for either set of tariffs and agricultural trade between the United States and the EU will continue to suffer as a result. U.S. Wheat Associates (USW) encourages the United States and EU to prioritize a fair, timely solution to this trade dispute to reinforce the trusted partnership between U.S. farmers and our customers in the EU. In the meantime, USW will continue to monitor the situation and will regularly communicate with producers, customers and exporters about these developing uncertainties.