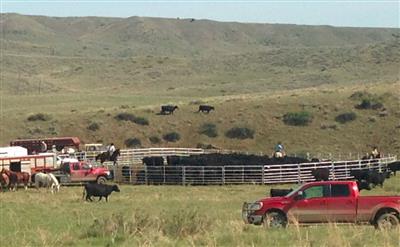 The American Farm Bureau Federation is speaking out against the recent proposals by several lawmakers to tax unrealized capital gains at death and roll back the stepped-up basis on those capital gains.

“Taxing capital gains when a loved one passes away would have a devastating impact on farm and ranch families, even more so if the stepped-up basis tool is taken out of the toolbox,” noted American Farm Bureau President Zippy Duvall. Stepped-up basis encourages families to grow their businesses and pass them on to another generation, and elimination could force those families to sell their farms just to pay the taxes.

“The value of many farms is tied up in land and equipment. Cash flow on most farms is much too small to pay large capital gains taxes,” explained Duvall. “These taxes would cause further consolidation in agriculture with small farms more likely to be forced out of business by the tax liability.  I’m confident that’s not what Congress intends. AFBF urges lawmakers to discard these misguided proposals.”

Montana Farm Bureau President Hans McPherson, a Stevensville diversified farmer, echoed Duvall’s concerns, adding, “These proposals would be extremely detrimental to this country’s family farmers and ranchers. Agriculture is capital intensive with most agricultural producers rolling any profits back into their farms and ranches, and having very little in the bank. To further complicate matters, equipment value, as well as land values in Montana, continue to skyrocket, thus substantially increasing the value of farm. That fact, combined with these poorly thought-out proposals, will create an unrealistic tax burden on the heirs.”

McPherson cautioned against hitting family farms and ranches with such unrealistic tax burdens. “Currently, 98 percent of farms and ranches are family owned. Family farms are struggling as it is, even though they’re the ones who kept farming, ranching and feeding this country during the pandemic. These proposals would literally tax them out of business. Our Farm Bureau members urge our Montana Congressional Delegation to reject these proposals.”