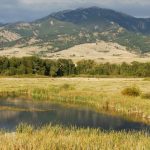 A federal court says the 2015 Waters of the United States (WOTUS) rule is unlawful under the Clean Water Act because of its “vast expansion of jurisdiction over waters and land traditionally within the states’ regulatory authority.” The court for the Southern District of Georgia found the agency overstepped not just the CWA, but also the Administrative Procedure Act, which lays out the most basic rules governing how agencies may propose and establish federal regulations. The Georgia court kept in place a preliminary injunction preventing the rule from becoming effective in the 11 states involved with the lawsuit while the Environmental Protection Agency finalizes its own repeal and replacement of the 2015 rule.

The ruling was a victory not just for the plaintiff states, but a broad coalition of more than a dozen private sector groups, including the Montana and American Farm Bureau Federations.

The Montana Farm Bureau Federation has been actively opposing WOTUS for the past five years.

“Today’s ruling is excellent, long-awaited news for Montana’s farmers and ranchers,” said MFBF National Affairs Director Nicole Rolf. “Montana Farm Bureau has been pushing back against this rule since it was released back in 2015, for the exact reasons the court ruled it is unlawful. It expanded EPA’s jurisdiction far beyond their authority under the Clean Water Act, it disrespected state’s rights, and violated important rulemaking procedures. It’s time for full repeal and complete replacement of this illegal rule.”

“The court ruling is clear affirmation of exactly what we have been saying for the past five years,” AFBF General Counsel Ellen Steen said. “The EPA badly misread Supreme Court precedent. It encroached on the traditional powers of the states and simply ignored basic principles of the Administrative Procedure Act when it issued this unlawful regulation. The court found fault with the EPA’s interpretation of some of the most basic principles of the CWA, most importantly which waters the federal government may regulate, and which waters must be left to states and municipalities.”

Jurists repeatedly criticized the EPA’s handling of the rulemaking, in particular its interpretation of the Supreme Court’s “Rapanos” decision, which laid out guidelines for determining where federal jurisdiction begins and ends.

The American Farm Bureau Federation, in partnership with a coalition of groups, urges repeal and replacement of the 2015 rule to ensure clean water and clear rules.