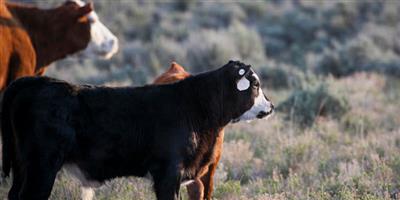 The USDA released its semi-annual cattle inventory report on Friday, and although the numbers largely came in where the industry expected them to, the report does offer insight into the future direction of cattle markets. Surveyed producers were asked to report their cattle inventories and calf crop for the entire year of 2020. All cattle and calves in the U.S. as of Jan. 1, 2021 totaled 93.6 million head, slightly under the 2020 number.

The total inventory of beef cows in the U.S. came in ag 31.2 million, down less than one percent from last year, but half a million less than the peak level reached in 2019. The cow-calf industry has been contracting for 2 years now in response to decreased profitability.

In terms of beef cow numbers, Texas continues to lead the nation at 4.6 million head, followed by Oklahoma at 2.2 million, Missouri at number 3 with 2 million head, number 4 is Nebraska at 1.9 million and South Dakota number at 1.8 million. Rounding out the top 10 is Kansas at 6, Montana at 7, Kentucky at 8, North Dakota at 9, and Florida at 10.

The tightening of cattle supplies should lend support to cattle prices as less cows means a smaller calf crop, which eventually leads to lower beef supplies. Much of the recovery of cattle prices, will depend on beef demand. Demand has been a strength over the last year for the cattle industry. Even as restaurants experienced substantial restrictions and beef prices reached record levels, consumers continued to purchase beef. Export demand should also aid cattle prices as U.S. beef performs very well in China, Japan and Taiwan.

Other factors to watch in the cattle industry are drought, feed costs, and packing capacity. Long-term drought across much of the Western U.S. has not yet resulted in significant herd liquidation. If drought persists deeper into 2021, that could change and much more aggressively shrink the U.S. beef cow herd.

Rocketing higher corn prices do change perspectives in the cattle industry. In just under 6 months, March corn futures have increased 65% in value, from $3.32 per bushel to $5.50. That higher cost of gain will cause feedyards to look for lower cost feed as well as cause them to sell cattle at lighter weights.

Also, the next 12-18 months should see a small but meaningful increase in small and mid-sized packing plants in the U.S. The drop in cow numbers combined with that increase in shackle space, should shift leverage away from beef packers over to cattle producers.